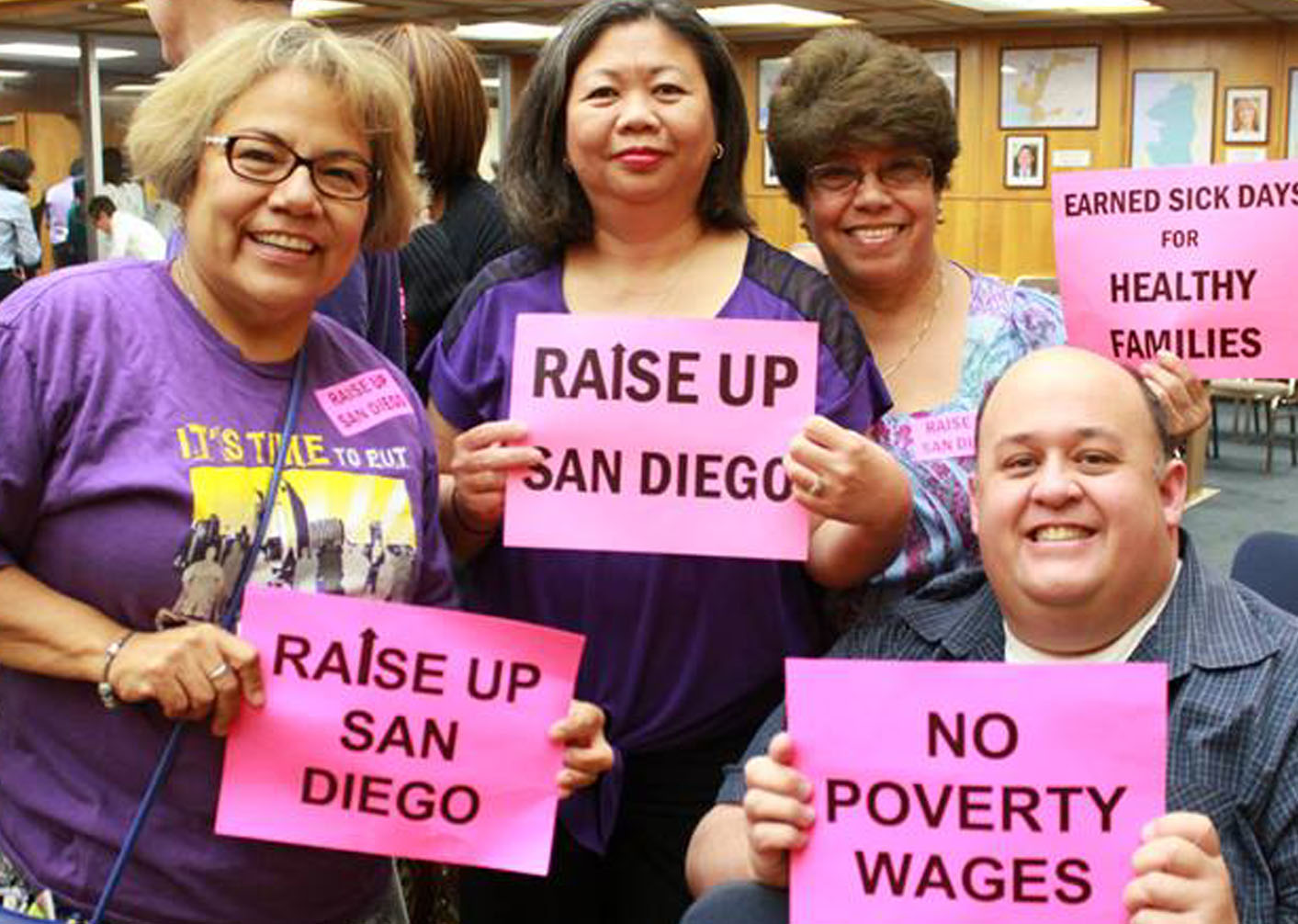 Last week, San Diego became the largest city in the United States to pass a minimum wage hike and earned sick days policy, but workers’ groups say it is not enough while business-owners say it is too much.

“This is a great day for the city”, said Councilmember Marti Emerald, who represents District 9, which includes areas such as City Heights, a diverse working-class neighborhood.

“Workers will have more money in their pockets to better provide for themselves and their families, and when they are sick they will be able to stay home and rest instead of having to choose between going to work ill or losing a day’s pay,” she said.

Councilmember David Alvarez, from District 8, which includes areas such as Barrio Logan and San Ysidro, both working-class neighborhoods, said that he’s been a strong supporter of workers’ right, having come from a working class family.

“I am proud to support the increase in minimum wage in the City of San Diego,” he said. “This is a concept and a philosophy that I have always supported — the idea that all San Diegans deserve access to sick days and a livable wage.”

Raise Up San Diego, a group in favor of workers’ rights, celebrated the minimum wage hike.

“Tonight, Council passed the strong workforce measure!” posted the group to its Facebook page the night of the vote. “It will raise the local minimum wage to $11.50 per hour and provide access to 5 earned sick days for local workers. Thank you especially to the workers who came and advocated on behalf of the more than 172K who will receive a raise and the 279K who will now have access to earned sick days.”

But not all workers groups were thrilled with the hike…