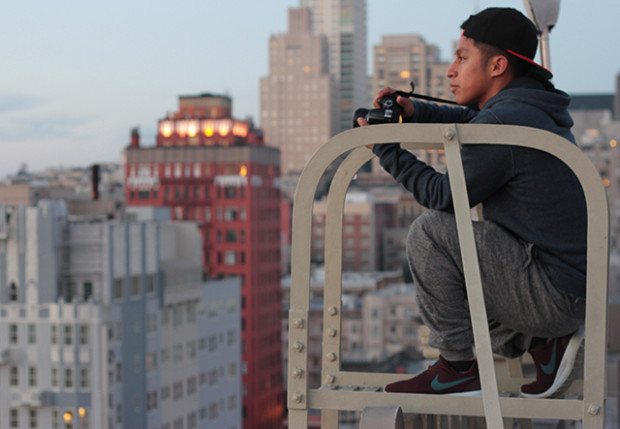 Daniel Mondragón is a 25-year-old photographer who was born and raised in the Mission. As part of our series Young Mission Talent, Mondragón takes portraits of his favorite young artists of the Mission District and talks with them about their art.

Marvin is a 25-year-old photographer from Guatemala. He currently resides in the V.G.’s, also known as the Valencia Gardens. This young artist has called The Mission home since 1998 and he says he’s here to stay.

Marvin Santiago Jimenez, a 25-year-old photographer living in the Mission, has been shooting professionally for a little over two years now, he says, “I’ve always really liked art, even as a kid. I found out about photography in junior college but it wasn’t until I bought my first DSLR that I started taking it serious,” says Jimenez.

Unlike the vast majority of young photographers – especially those raised in San Francisco’s inner-city – Marvin has a unique interest in landscape photography. He is extraordinarily good at it too.

“The neighborhoods in San Francisco [ specifically the Mission ] remind me of home in Todos Santos, Guatemala,” said Marvin. He immigrated to the United States with his mother and two brothers when he was nine years old. The move had a big impact on Marvin. Growing up, he often felt confused because he only spoke one dialect of Mayan and everyone kept trying to communicate with him in Spanish. He quickly picked up English by watching plenty of television and listening to everyone around him.

Marvin remembers being an avid drawer, an outlet for him even as a very young child. He recalls winning a drawing competition at Everett Middle School. This was an early milestone, a foreshadowing of greater things to come…