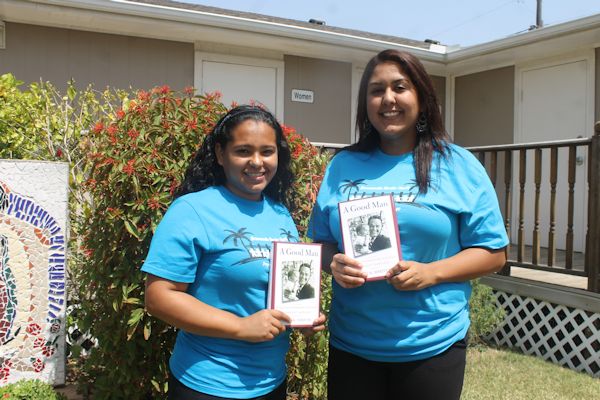 BROWNSVILLE, TX — Two Brownsville Border Youth leaders have each won a major community activism award and $5,000 to help improve the lives of families in Cameron Park, the largest colonia in the United States.

Aguayo and Mendieta are both aged 22. Both are set to graduate from UT-Brownsville later this year. Aguayo, who is studying history at UTB, hopes to become an immigration lawyer. She will use her prize money from Marguerite Casey on voter registration and voter turnout projects in Cameron Park.

Mendieta, who is studying teaching at UTB, hopes to become a bilingual teacher. She will use her prize money from Marguerite Casey to help fight obesity among the youth in Cameron Park.

“People talk about our young people being future leaders. Karina and Miriam are leaders already. They have already proved themselves. They come here every day with energy and ideas. I think they have the energy to change the world. I am so proud of them,” said Lupita Sanchez, coordinator of community services for Proyecto Juan Diego in Cameron Park.

Sanchez said that like other members of Brownsville Border Youth, Aguayo and Mendieta are hard workers. “They think nothing of working out in the sun all day or putting on a vigil to help immigrants, or flying to Austin to advocate for our community. To me they are the heroes of our community,” Sanchez said.

Cameron Park, just north of Brownsville, is unincorporated and has 8,000 residents, of which about half are below the age of 18. One of the poorest parts of the United States, the average income is between $16,000 and $24,000, according to Sanchez.

Sargent Shriver was the driving force behind the creation of the Peace Corps, founded the Job Corps, Head Start and other programs as the “architect” of President Johnson’s “War on Poverty.” A member of the Kenney family through marriage, Shriver served in the Kennedy and Johnson administrations. He was a U.S. ambassador to France and later was George McGovern’s running mate in the 1972 presidential election.

Aguayo and Mendieta both received…