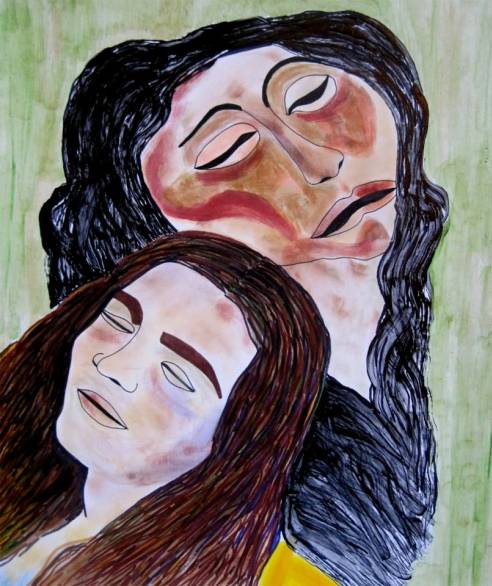 LatinaLista — Pingbacks are when other sites link to your site. The other night, I received an alert that someone had pinged a post on Latina Lista.

The post was about the Oklahoma teen, August Reiger, who disappeared Father’s Day weekend just yards away from his family on a mountain path at a resort area in Ecuador.

Authorities tell the family that they believe August was kidnapped but there has been no ransom asked and sightings placed August, or someone who looked like him, being trucked into the Amazon rainforest.

Needless to say, August’s parents are devastated over the disappearance of their oldest son. They haven’t been able to speak publicly about their son because of their anguish.

Thanks to the pingback, I see that August’s mother has chosen to speak out in a medium that instantly relays her grief and sense of loss without uttering a single word.

She expresses herself in paintings. Inspired by the works of the famous Ecuadoran master painter Oswaldo Guayasamín, August’s mother, Randa, shares with the world her most private pain – and we can’t help but feel it too.