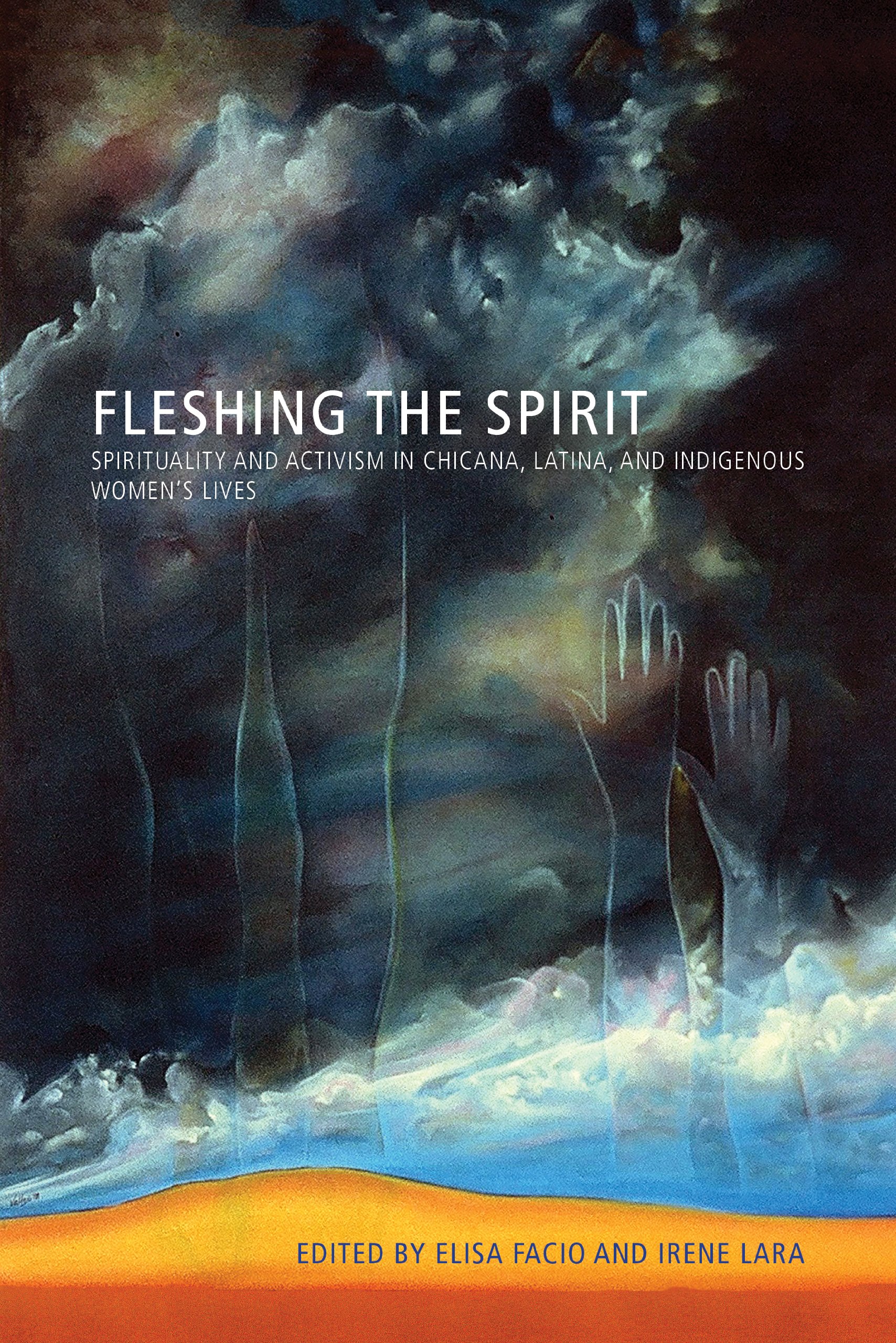 These lines from Cinthya Martinez’ poem “The East” are a fitting beginning to a book on Latina spirituality. Fleshing the Spirit: Spirituality and Activism in Chicana, Latina, and Indigenous Women’s Lives is the first anthology to be published on this topic, and editors Elisa Facio and Irene Lara have brought together a diverse set of scholars, artists, and activists as contributors.

The result includes something for everyone with even a passing interest in spirituality. While some of the contributions wax scholarly, each of the book’s sections commences with a poem, and the dominant narrative style is the testimonio.

If there were a “typical” story line in this volume, it would be this: After a childhood devoted to the faith of her parents, a young woman becomes disillusioned by the patriarchy of the Catholic Church and rejects it, feeling conflicted that this also signifies a rejection of her heritage. Self-reflection and exploration follow, and ultimately the older, wiser woman reclaims the elements of Catholicism that work for her, often the Virgen de Guadalupe, and connects strongly with their indigenous, pre-Catholic roots.

This makes for a compelling story, and one that many readers may relate to.

While a similar narrative plays out in several of the testimonios, these are interspersed with a variety of other themes: illness, abuse, motherhood, sexuality. A memorable piece by Alicia Enciso Litschi describes her path to Buddhist priesthood marred by the tokenization of her status as a “Chicana from the border.”

This book will appeal to those intrigued by “one’s relationship with self, with others, with nature, with the universe, with the ancestors, and with the sacred source and great mystery of life and death,” for this, proclaims contributor Lara Medina, is spirituality.