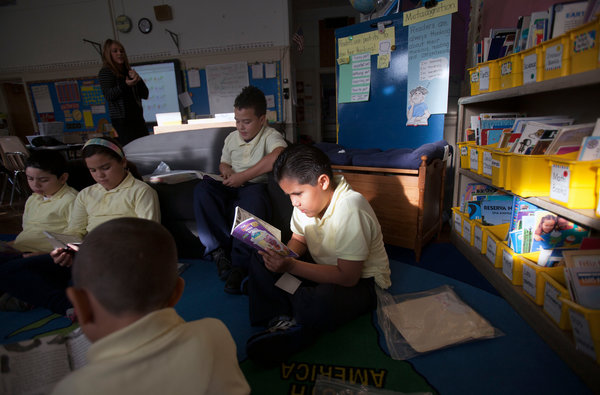 LatinaLista — In 1994, the Cooperative Children’s Book Center of the School of Education at the University of Wisconsin-Madison began to keep track of the diversity in children’s literature. The cooperative didn’t just want to know how many books were authored by American Indians, Asian/Pacifics and Asian/Pacific Americans, and Latinos but how many children’s books were about each group, including those stories about children of color written by white authors and/or illustrators.

As a New York Times‘ article revealed several years ago, the representation has historically not been good. And according to the latest statistics, it remains a challenge for the children’s book publishing industry.

It’s no easy task for members of the cooperative to go through the hundreds of titles of picture books, novels and non-fiction. For example, some books featuring Latinos can easily be classified into two categories:

Our Latino log, for example, is organized by specific region and then country or heritage group within it, so a book about a Cuban American child, or a book about or set in the Domincan Republic or Mexico, is recorded as such. A book about Aztec people living in Mexico would be recorded in both the American Indian and Latino logs.

Yet, even with the cross-categorizing, the numbers still remain low “for a group that made up 50.4% of the nation’s population younger than age 1 on July 1, 2011.” The 2014 statistics for diversity in children’s literature reveal:

15 books were by Black book creators but had no signficant African/African American cultual content.

36 books were about American Indians
15 of these were written and/or illustrated by Native book creators.