The Educational Revolution of Mexican American Studies in Arizona 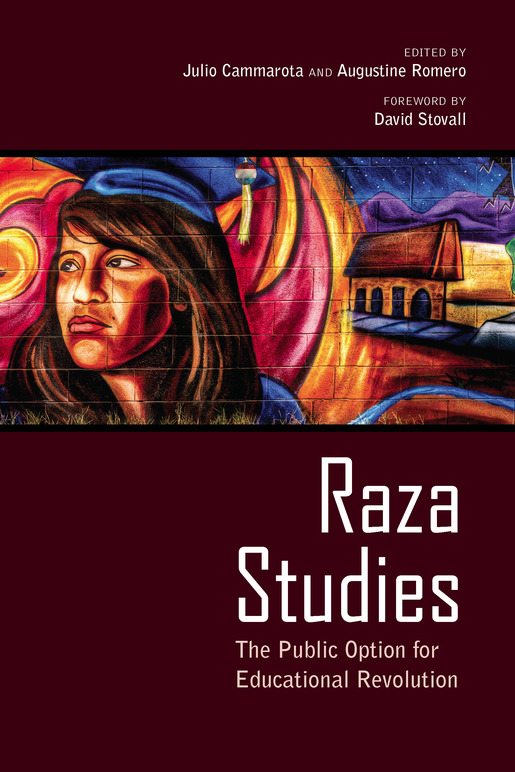 In 2010, the Arizona state legislature passed H.B. 2281, which prohibited the teaching of courses that were designed for a specific ethnic group, advocated ethnic solidarity, promoted the overthrow of the United States government, or promoted resentment toward a race or class of people. It was signed into law by Governor Jan Brewer in May of 2010.

The architect of the bill was Tuscon Superintendent of Public Instruction Tom Horne, who wanted to ban Tuscon Unified School District’s Mexican American Studies (MAS) program. According to Augustine Romero, one of the founders of the MAS program, the goal of MAS for students “is to develop a sense of self-worth and commitment to help others.”

Raza Studies: The Public Option for Educational Revolution is a collection of essays that tell the story of this progressive program from the perspective of those who created, implemented, and defended MAS.

The collection features essays on the use of progressive pedagogies such as popular education, the impact of Mexican American Studies classes, the intent of state policies, and includes figures and statistics that support the creation and development of MAS programs.

Research studies included in three of the essays focus on the impact of Mexican American Studies on student performance, stress faced by undergraduate students that was related to the anti-ethnic studies bills, and evaluations of Student Justice Education Project, which is a youth participatory action research program conducted at a few Tuscon high schools.

The essays highlight the community-oriented relationships between the public school students and teachers with community groups and members, as well as university programs, professors, and students. This educational pipeline perspective is critical to sustain an ethnic studies program at the K-12 level and to combat the systemic attacks against ethnic studies programs at the legislative level.

This book is highly recommended for readers who are either interested in knowing more about Tuscon Unified School District’s Mexican American Studies (MAS) program or interested in developing an ethnic studies program in their local school district.