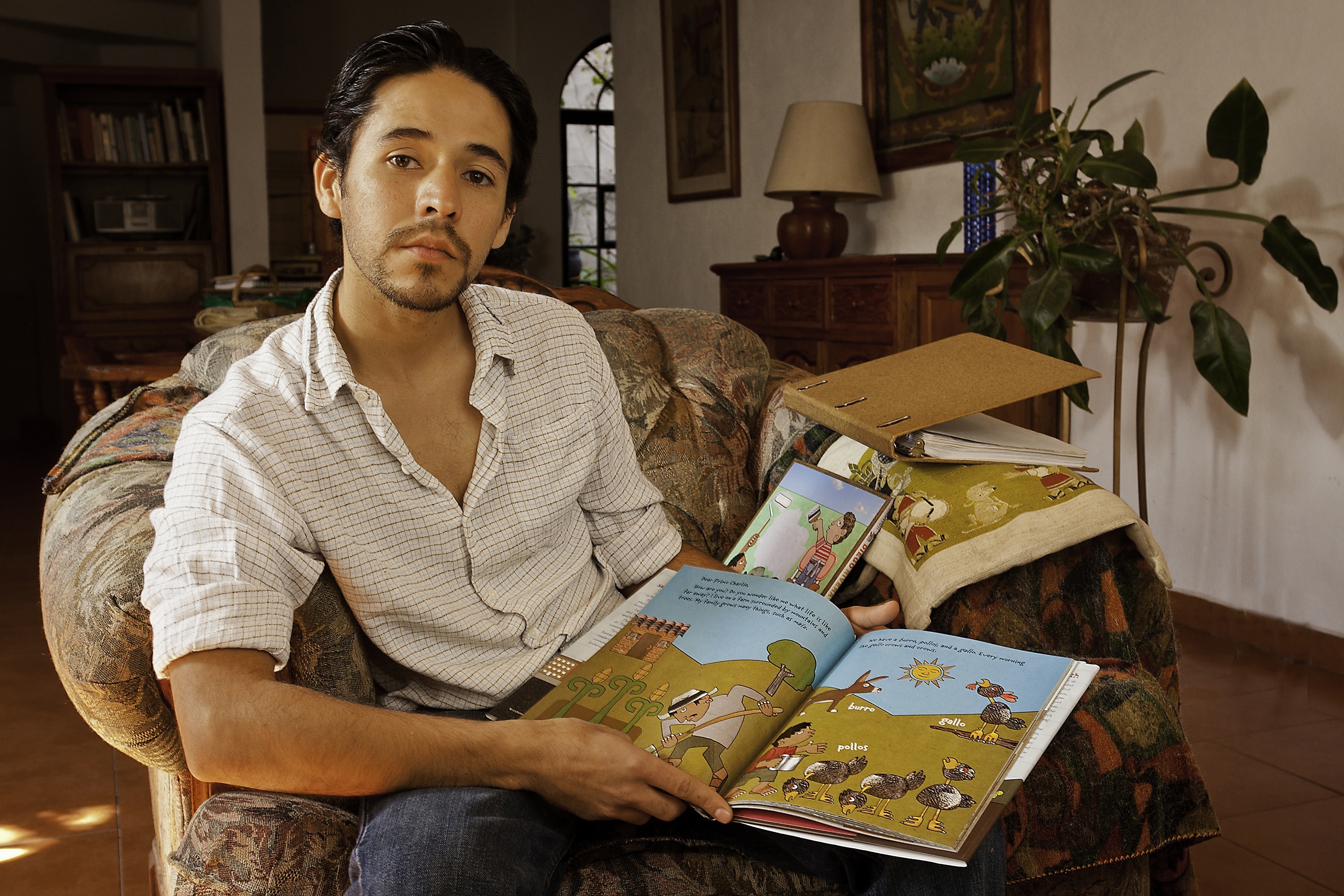 LatinaLista — With a name like Duncan Tonatiuh, it’s understandable if there’s some confusion over his background. Yet, one glimpse at any of the picture books he has authored and illustrated leaves no doubt as to the cultural pride he has in his Mexican roots.

Tonatiuh grew up in San Miguel de Allende, the son of a Mexican mother and an American father. With duo citizenship, he attended high school and college in the United States. Along the way, he met fellow Mexicans who didn’t have the luxury of duo citizenship and worked as undocumented workers in the U.S.

After meeting one such paisano and being inspired by his Mixtec heritage, Tonatiuh embarked on a journey discovering Mixtec artwork. It’s a journey that still inspires him today and is reflective in his award-winning artwork.

Tonatiuh published his first book in 2010 and since then he’s taken the world of children’s literature and artwork by storm.

His first book Dear Primo: A Letter to My Cousin, published in 2010 by Abrams Books for Young Readers, received an honorable mentioned from the Pura Belpré committee in 2011. It was also an América’s Award Commended Title, a Notable Book for a Global Society list and chosen as one of the best books of 2010 by Kirkus reviews and the Chicago Public Library.

His book Diego Rivera: His World and Ours, published in 2011 by Abrams Books for Young Readers is the winner of the 2012 Pura Belpré illustration award for a work that best portrays, affirms and celebrates the Latino cultural experience in children’s books. It is also the winner of a 2012 Tomás Rivera Mexican American children’s book award.

His short graphic novel Journey of a Mixteco won the the grand prize for the best project in the Regional Art Festival in Tbilisi, Georgia in 2010, and the award for the best thesis in the Integrated Design Department at Parsons the New School for Design in 2008

Tonatiuh intimately understands the complex relationship between Mexico and the United States. Honoring that relationship has been one of his literary and artistic goals. Though his books target children, their themes are based on those very complex issues impacted by politics, social acceptance and policy.

Tonatiuh’s latest book, Pancho Rabbit and the Coyote, beautifully retells the ‘tale’ of an everyday occurrence along the Mexican-US border — the migration of people on their way into the United States with the aid of a coyote. It may seem like a too serious topic to feature in a children’ book but for those children for whom this is a personal issue, the book validates their experiences; and for others, it’s a captivating story.

His next book, due to be published in 2014, tackles the history of Latinos in the U.S. It’s titled Separate is Never Equal. It’s about Sylvia Mendez, a Mexican-Puerto Rican child, who wasn’t allowed to attend a “White’s Only” school in California. Because of the actions of her parents and the local Latino community, legal segregation in schools ended.

It’s an achievement that needs to be remembered as part of the history of Latinos — and Duncan Tonatiuh is drawing and writing about it so it will be.