Latina Lista: News from the Latinx perspective > Culture > Film > Film Review: DOCUMENTED is an emotional journey that puts a face and feelings to the immigration issue

Film Review: DOCUMENTED is an emotional journey that puts a face and feelings to the immigration issue 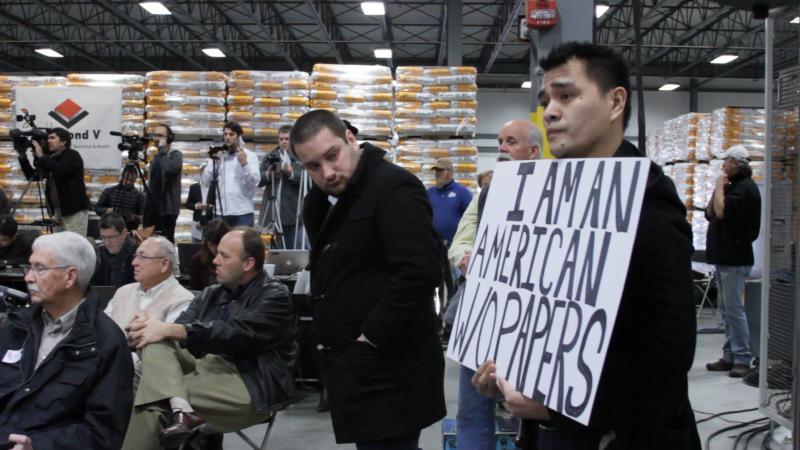 I’m not afraid to admit it; I love getting my fix of ridiculous Hollywood action movies with explosions and fast cars, but sometimes it’s refreshing to watch a good documentary because they offer a glimpse of reality that you often can’t find in a Hollywood blockbuster. DOCUMENTED, a new film debuting on Sunday, June 29 at 9pm and 11pm on CNN, looks into the issues surrounding the heated issue of immigration in America.

Instead of simply looking at facts and numbers, DOCUMENTED takes you on an emotional journey through the life of Pulitzer Prize winning journalist Jose Antonio Vargas. While trying to cover a topic like immigration in 90 minutes is certainly no easy task, DOCUMENTED’s biggest strength is putting a real face to the issue.

One of the most compelling ideas throughout the movie is the idea of the power of wording. One of Vargas’ campaigns is to get people to think about what it means to be an American; is it merely a title on paper, or is it something greater than that?

Vargas explains early in the film that he was brought to America from the Philippines when he was 12, and he considers himself an American more than anything else. Even the title itself is “a film by an undocumented American” as opposed to “a film by an illegal immigrant.”

Even though Vargas and others like him consider themselves Americans, there’s no pathway for them to gain citizenship. At one point in the movie, Vargas attended a Mitt Romney campaign rally with a sign identifying himself as undocumented. An elderly couple confronted him and suggested he just get his papers, but when Vargas explained that there was no process for him to follow, they – along with myself – were left speechless and confused.

Vargas says he first came out as gay because it was easier to be gay than undocumented. It says a lot about our immigration system when someone thinks it’s easier to come out as gay in a decade that still frowned upon homosexuality.

Most importantly, however, there are some common misconceptions about immigrants that the film addresses that are especially enlightening.

When Vargas met up with many different undocumented immigrants to do a cover for TIME Magazine, we saw people from Asia, Europe, and Central and South America. Personally, I would have liked to have seen more about these other people’s stories, but I think the time constraint was the biggest factor that kept us from learning more.

Overall though, DOCUMENTED is a new documentary that tells an emotionally-charged story that is definitely worth your time to watch — and learn.

Freelance contributor Zachary Sorgalla, from Katy, Texas, is a broadcast journalism student at University of Houston.