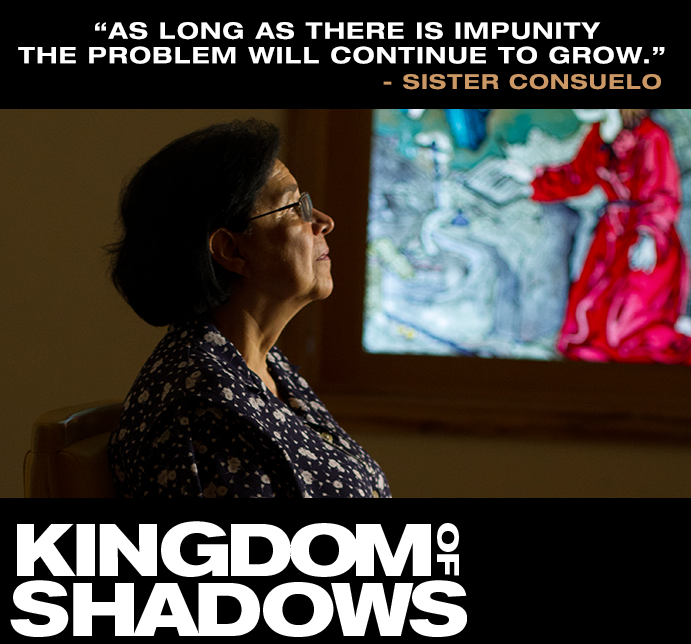 LatinaLista — The Mexican drug war and its fallout has inspired dozens of movies, documentaries and TV shows over the years and it would be easy to think they are all the same. Yet, the latest entry into this already crowded field strives to give the war a new perspective — 3, in fact.

Kingdom of Shadows, as journalist Luis Hernandez of El Paso's El Diario said, "…explains the why and the how things got the way they did, it’s not a glamorized version of the 'drug war.'"

Director Bernardo Ruiz taps three distinct voices for his documentary to provide an almost thorough lens on what is happening across the U.S. – Mexico border.

Sister Consuelo Morales, based in the devastated city of Monterrey, prods government officials to take action against the drug cartels on behalf of grieving families whose loved ones have gone missing. Texan Don Henry Ford Jr. offers historical context for the hyper-violent state of drug trafficking today, as he recounts his career as a smuggler during the relatively calm 1980s, before he served time for importing marijuana. And undercover agent-turned-senior Homeland Security officer Oscar Hagelsieb recounts his own remarkable journey, which began as the child of undocumented parents in an impoverished neighborhood where of his many peers gave in to the temptations of the drug economy.

The film premiered at SXSW 2015 and was released on November 20. The film is available on several online outlets for rent or purchase for viewing.

As the film's tagline so accurately summarizes: Three Lives. One War. No winner.