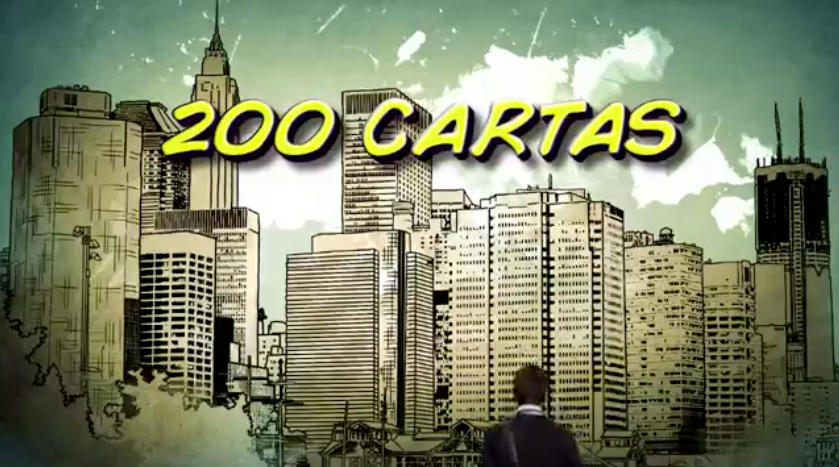 LatinaLista — What happens when a guy meets the girl of his dreams in a crowded New York City bar, but before he can profess his love, they get separated and he knows only two things about her — her name and where she lives.

Ordinarily, that wouldn’t pose a huge problem but with a name like María Sánchez in a country like Puerto Rico, problem is an understatement. That’s the premise for the new bilingual comedy 200 Cartas.

According to the film’s synopsis:

Raul (Lin Manuel Miranda) is a struggling Nuyorican comic book artist and hopeless romantic who hasn’t had much luck with love, but all that is about to change when he meets María Sánchez, a beautiful Puerto Rican tourist in a NYC night club. A fight breaks out and the would be new couple lose each other amongst the chaos. Bewitched by her beauty, Raul can’t stop thinking about Maria and decides to take a trip to Puerto Rico along with his womanizing best friend Juan (Jaime Camil) to find what he believes is his true love. Upon arrival, he discovers that there are 200 Maria Sanchez’s on the island and decides to write a love letter and mails it to all 200 of them. He travels the beautiful island picking up new friends along the way (Dayanara Torres), in search for his “Maria.”

The film has some pretty heavy star power. Fans of Mexican novelas will no doubt instantly recognize Jaime Camil (La Fea Mas Bella and Por Ella Soy Eva) and the Miss Universe looks of Puerto Rican actress, and ex-wife of Marc Anthony, Dayanara Torres will also look familiar to viewers. Though the star of the movie, Lin Manuel Miranda, is a Grammy and Tony award-winning composer and lyricist, his fame isn’t as nationally familiar as his co-stars but that will change.

There’s something always endearing and sympathetic about a guy going to great lengths to find his true love — in any language.