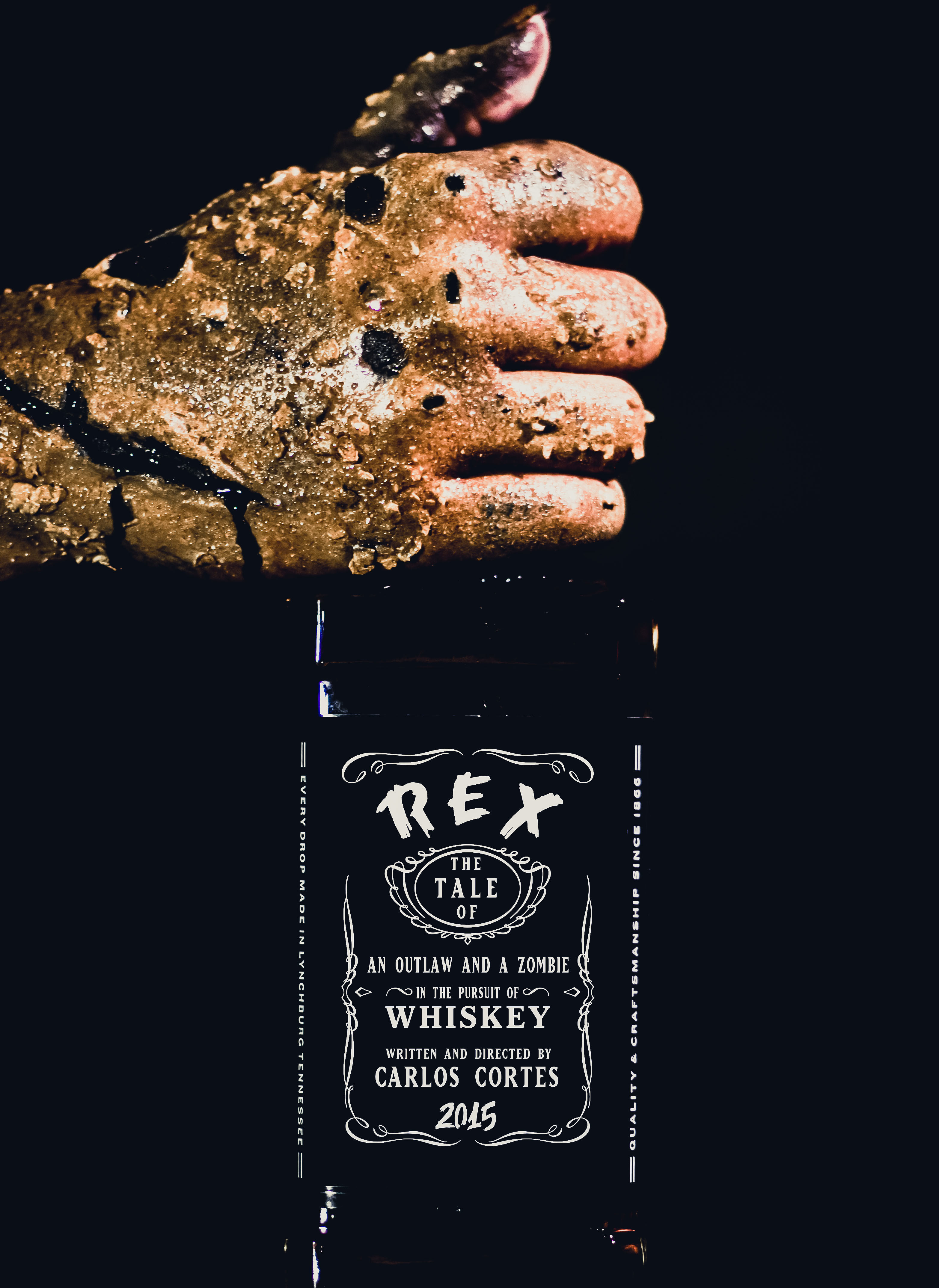 LatinaLista — What does a zombie, whiskey and an outlaw have in common? They are the main characters of a new short film by aspiring, and recent California State University Fullerton graduate, Colombian filmmaker Carlos Cortes.

The action-horror short, Rex, is about a zombie named Rex and his vigilante friend The Shadow. Though Rex is plagued with serious personality issues, he knows there’s more to life, while his friend The Shadow only knows he needs just one more drink of whiskey to forget life altogether.

Unfortunately, after one particular incident, the two find themselves running for their lives from zombie hunters intent to kill off all walking zombies. What follows is an entertaining story that draws its inspiration from two classics, Shaun of the Dead and The Good, the Bad, and the Ugly, two extremes on the list of film genres.

Cortes writes Latina Lista that completing the film has been his passion for the past year and hopes to enter it into film festivals.

“Our goal is to create a smart and engaging short film with a pulse,” Cortes said on his Indiegogo campaign page.

Because of the expense of the special camera equipment and effects and makeup needed for the characters, Cortes has an Indiegogo campaign to raise $5,500; it ends on February 19.

Rex isn’t Cortes’ first film. In fact, he’s worked on a variety of award-winning short films and has assembled a team rich with experience, if lean in years. Among his talented team is composer Andres Montero, who co-founded one of only three professional symphonic orchestras in Bogota.

We want to take the audience along for a ride as they follow our underdog heroes through their toughest challenges as they face the forces that threaten to destroy them.