Latina Lista: News from the Latinx perspective > Culture > History > Filmmaker says it’s disrespectful to attribute the end of the world to the Mayans

LatinaLista — Any good filmmaker knows that the more “buzz” that can be created before a movie is released, the better. Mexican-born filmmaker Raul Julia Levy is no exception. 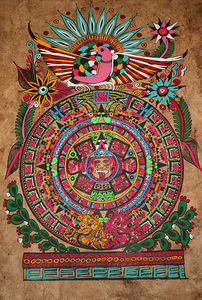 He attracted attention for his upcoming documentary when he simply revealed what it was going to be about — The Mayan prophecies for 2012. The son of the late Puerto Rican actor, Raul Julia, has not shied away from dropping sensational hints about the film which immediately garner media attention from around the world.

In his latest interview with EFE news agency, Julia Levy reveals that in his film “Mayan Revelations of 2012 and Beyond,” he will disclose predictions that have never been shared with the public.

Claiming that what will be revealed will shock some people, he is also quick to discount all the rumors declaring that the Mayans predicted the world ends on December 21, 2012. He blames the global hysteria on a historian who misinterpreted the Mayan calendar.

According to Julia Levy, it’s disrespectful to attribute to the Mayans the end-of-the-world prophecy. He says they talked about an era of destruction in the future where mankind will perish. Archeologists, who study ancient Mayan civilization, say the Mayan foretold the end of the “Fourth World” with the planet transitioning from one cycle into the next.

The geological record shows that while this is a normal process it does wreak havoc on the planet and its inhabitants. Yet, the Mayan codices offer a source of hope, according to the filmmaker, as long as, humanity does their part in changing how they see the world and one another.

It seems that Julia Levy’s film will do just that.

Julia Levy says that for the first time Mayan elders will share the sacred books that contain the predictions for the world. He promises that the books speak about a connection that existed between the Mayans and extraterrestials and that the two parties had an arrangement between them.

Julia Levy says he first heard of the Mayans’ connection with other-worldly visitors when as a boy he heard stories from children of the Mayan help, who worked at one of his family’s childhood homes, who told him that thier ancestors had the power to float in the air.

While such stories lack the proof to make any well-respected archaeologist sign on to such a theory yet, it’s clear that the world will be waiting for Julia Levy’s film or December 21 — whichever comes first.