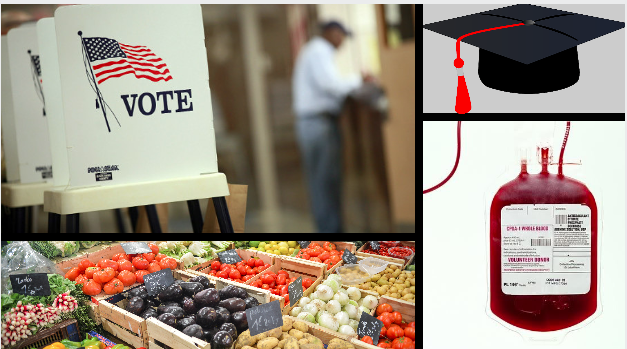 5. Not enough of us maintain a healthy diet

The report notes that almost 25 percent of Latino households are considered to be “food insecure” because of their lack of financial resources to provide fully nutritious meals to their families.

See a crowdfunder campaign for a co-op grocery store in a Latino neighborhood.

4. We lag behind in blood and bone marrow donations

Almost 60 percent of Latinos can be universal donors because of their type O blood. The problem is that less than one percent of blood donations come from Latinos and African-Americans, so we’re missing out on a major way to contribute.

As for bone marrow donations, Latinos make up only 10 percent of donors. Latino patients have a 73 percent chance of finding a match on the national bone marrow registry, but that’s 20 percent less than white patients. A similar ancestry increases the likelihood of a match and more donors would provide

Read the complicated story of a six-year-old who is struggling to find a donor match.

3. Planning for retirement is not a strong priority

A study found that 53 percent of Latinos rate saving for retirement as a priority. That’s nine percent less than the general population. At the same time, Latinos are less likely to have access to workplace retirement savings due to working minimum wage jobs.

Latinos for a Secure Retirement resources

2. We value higher education, but we’re not graduating

1. We don’t vote enough to make an impact

This is the big one. We always hear about how we’re the sleeping giant, but at this rate, we’ll never wake up. In 2014, 25.2 million Latinos were eligible to vote, but only about 6.8 million actually made it to the voting booths. That was a midterm election that saw Republicans make gains in the U.S. Senate. State races could have felt the impact as well but didn’t.

Take for example Colorado where a Senate seat was decided by 40,000 votes. Had Latinos matched the statewide average of 71.8 percent, an additional 52,000 votes would have been cast and the outcome may have been different.

Read about how Latinos lose races in what should be clear wins for Latino candidates.