LatinaLista — Last weekend, I received an email from a longtime reader whom I ‘virtually’ met several years ago when he was working on his book. His book, now published and award-winning, was being offered for free downloads on Amazon for just a short time. 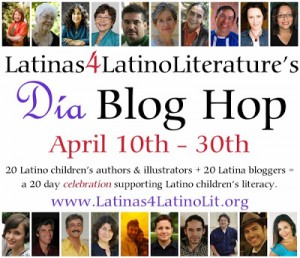 The author wrote me asking to download his book for one reason:

Publishers seem to think that a story with Latino lead characters will never find an audience. (even though this is an award-winning book and even Nicholas Sparks said, it was good)

I think we can prove them wrong.

The notion that Latinos don’t read is a misinformed assumption that, unfortunately, has been around too long and doesn’t just apply to book publishers — once had a newspaper editor tell me the same thing!

Yet, the lack of diversity in mainstream book publishing, from children’s titles to adult novels, is something that is gaining awareness and traction by people who want to change the insulting status quo.

CBC Diversity features a diverse array of voices in the children’s and young adult publishing industry delivering their insights on what progress is being made and what more needs to be done. Their expert contributors also highlight multicultural authors, who are in short supply at main publishing houses but have found homes with smaller publishers.

The lack of diversity in mainstream publishing, especially children’s books, even caught the attention of the New York Times which published an excellent article last year highlighting the fact that Latino children seldom see book characters who look like them. The article sounded the alarm that most thought would wake up the publishing industry.

Unfortunately, that’s still not the case.

So, little by little, concerned citizens are taking it upon themselves to recognize authors of color that the mainstream book industry find easier to ignore.

One of the latest initiatives to recognize and celebrate Latino authors is the site Latinas for Latino Literature (L4LL). Founded by four prominent Latina bloggers — Viviana Hurtado, Lisa Quiñones-Fontanez, Carla Molina Martins and Monica Olivera — the group launched in December 2012 as a direct result of the New York Times article.

The four of us are Latina bloggers passionate about the power of literature to enrich lives. The vision of L4LL is to see more widespread access to Latino literature and an increase in the publishing of Latino authors and illustrators.

In addition to promoting Latino authors and their works to Latino readers, the women also hope to work with mainstream publishers and introduce them, as well, to Latino authors and provide them insight on how to grow their Latino customer base — hint, they need more books written by Latino and Latina authors.

Launching their site at the end of March, L4LL is already busy with unique projects to get Latinos to interact with Latino authors and talk about literacy.

From hosting a Twitter party with the award-winning author Junot Diaz to creating a Día Blog Hop, in honor of Día de los Niños, Día de los Libros, where a different Latina blogger will be hosting a different Latino children’s book author and/or illustrator throughout the month of April, L4LL is proving that there’s no shortage of Latino literary talent — or interest by a community that supposedly doesn’t read.