Hispanic Young Adults: Living at Home, But Not Unhappily

In our last two posts, we’ve highlighted how Hispanic young adults have been affected by the difficult economy and how they’re behaving differently as a result. Jobs can be tough to come by — and many entry-level positions don’t pay well. As Hispanic young adults seek more solid financial footing, they’re putting off the traditional rites of passage into adulthood like getting married. In the meantime, while focusing on career and money goals, they’re content to continue living at home with Mom and Dad. 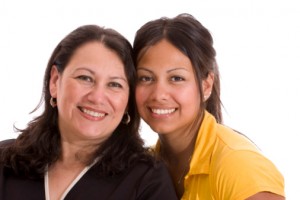 One of the key objectives of Tr3s’s 2012 research study, “Hispanic 18-34s Living the ‘Next Normal, ’” was to uncover new insights about what life is like for Hispanic families with adult children in the household. In her April 30th presentation at the AHAA 2013 Conference in Miami, Nancy Tellet, Senior Vice President of Tr3s Research and Insights, will reveal key findings on this subject. The following are some of Tr3s’s insights about young Latinos who have stayed home into adulthood:

Lack of money and fear of potential catastrophe keeps Hispanic adult children from moving out. For many, leaving home isn’t an option because they can’t afford to. Others have money saved, but anxiety about “something happening” looms large enough to keep them in place.

Most aren’t planning to leave anytime soon. Two-thirds say they might move out more than a year from now — or that they don’t know and will move “when they’re ready.”

They like the closeness, but more privacy would be nice. 4 out of 10 like the togetherness and bonding best about living with their families, and 3 in 10 dislike the disagreements and lack of freedom and privacy the most.

They expect to stay local when they eventually move out. When asked how far away they would like to go when they’re ready to get their own place, the median distance from their parents’ house was 18 minutes. Hispanic young adults are half as likely as non-Hispanics to say they hope to move more than an hour away (16% vs. 30%).

Respect is the key to family harmony. Hispanic multi-generational households with young adult children make it work through respect, which to them means being polite to each other, recognizing it’s a two-way street, and striving for peace and unity.