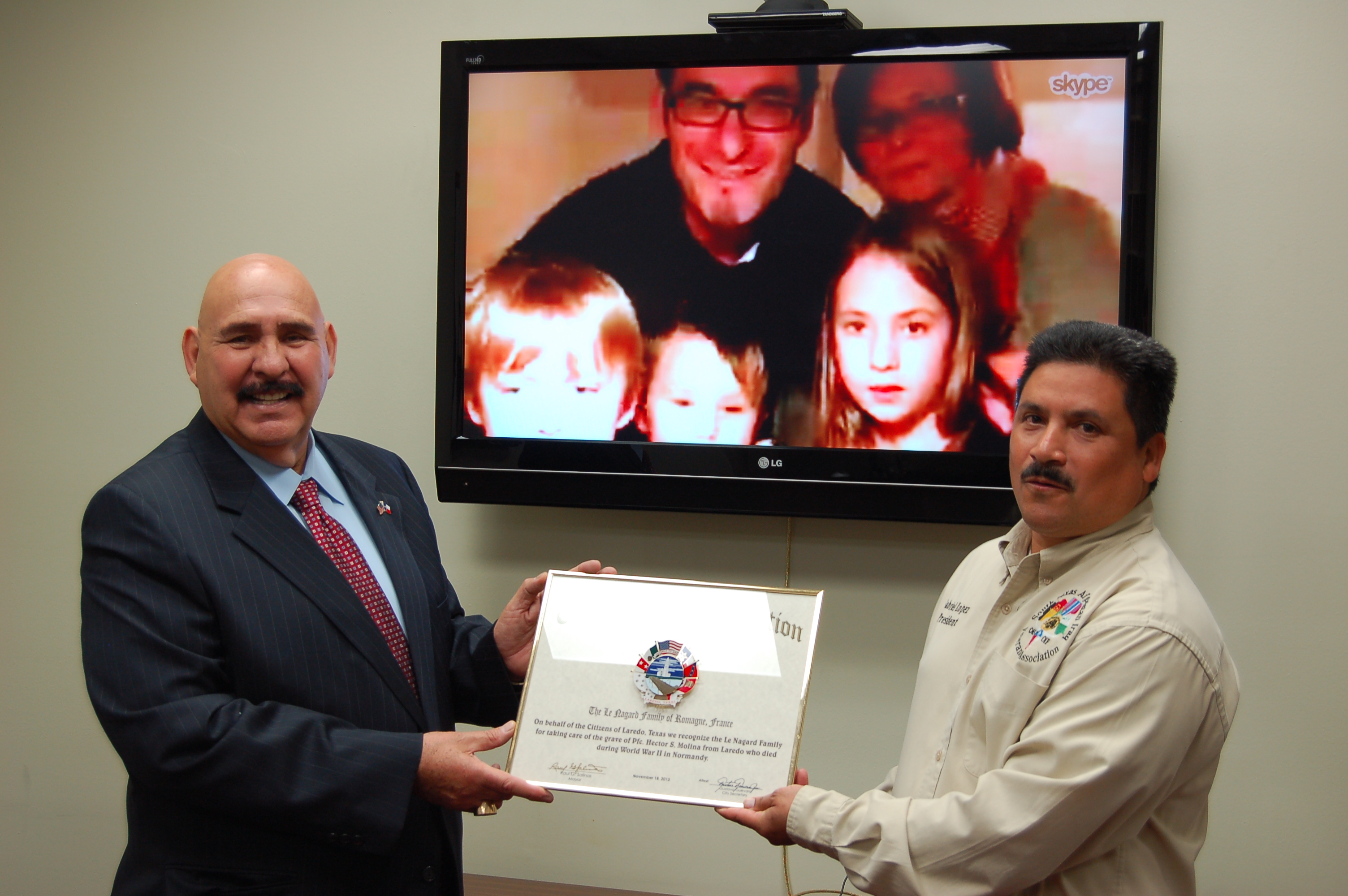 LatinaLista — This Thanksgiving will mark 150 years when families in the United States give thanks for what they have and whom they still have to hug. For many military families, the pain of losing a loved one in battle will be especially poignant on this day — as it always has been for military families who’ve made the ultimate sacrifice.

Yet, what’s even harder to bear is when those loved ones, who’ve died fighting for our country, never made it home for burial. Their final resting places are in countries far from home and family.

Molina died in June 1944 near St. Lo during a battle in the village of Littee, France. He was part of the D-Day forces fighting back Hitler’s army. His family, of whom still live in South Texas, say that Molina’s brother, Homero, who also was fighting at Normandy, discovered his own brother’s body several days after he had been killed.

Unable to bring his hermano home, Homero saw to it that Hector joined his fellow fallen comrades on a bluff above Omaha Beach at what would become the American cemetery at Colleville-sur-Mer.

The American Cemetery is the final resting place of 9,383 servicemen and four women. Each grave is marked with a simple white cross.

Given the ocean distance between Hector’s grave and his family in Laredo, there wasn’t much opportunity over the years to visit and lay flowers in memory of the young Laredoan. But thanks to a special French project, the Molina family has a very special caretaker.

Les Fleurs de la Memoire (Flowers of Memory) was founded by a French couple who wanted to make sure the American soldiers buried on French soil weren’t forgotten. So, volunteers are recruited, especially French families, to adopt a U.S. soldier’s gravesite to lay flowers on their graves.

Christian says the family got involved with Les Fleurs de la Memoire out of a sense of respect for the American soldiers and to teach their children about the horrors of war.

One veteran who was so touched by what the Le Nagard family was doing that he contacted them after reading about their story in the local newspaper was Gabriel Lopez, president of the South Texas Afghanistan Iraq Veterans Association.

“I felt a sense of shame and embarrassment at first,” Lopez confessed in an email to Latina Lista. “Here is a family that remembers our fallen heroes, and at times, we often forget them and only remember them during Veteran’s Day.”

It wasn’t long before Lopez made sure the Le Nagard family, especially Malo, was officially thanked for their service.

On November 18, Laredo’s Mayor Raul Salinas, along with Lopez, declared the Le Nagard family honorary Laredo citizens because of their good deed. Via Skype, the Mayor presented the family with an official plaque “to formally thank them on behalf of all of the citizens of Laredo for taking care of the grave of a soldier from Laredo who died during World War II in Normandy.”

The plaque was later mailed to the family.

The Molina family is reported to be grateful to the Le Nagard family and, according to Gabriel Lopez, hope to one day meet them and personally thank them — one family to another.