Latina Lista: News from the Latinx perspective > Culture > History > Fighting for respect and recognition are battles still being waged by Latino and Native American soldiers 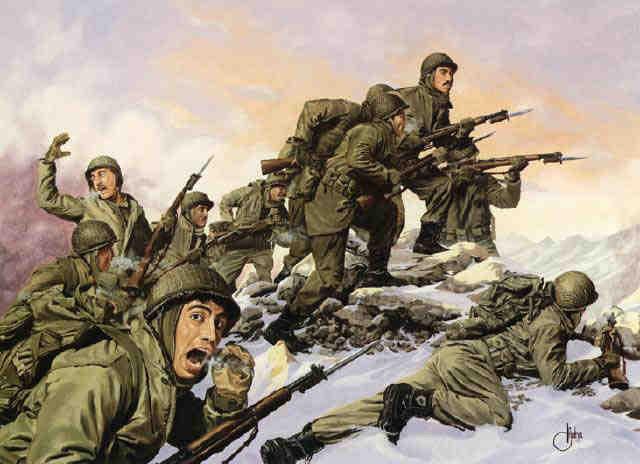 LatinaLista — Thanks to the efforts of First Lady Michelle Obama and Second Lady Dr. Jill Biden, there is greater awareness of the sacrifices, contributions and needs of today’s military veterans.

During the height of racial discrimination in the country, soldiers of color who served weren’t just segregated in their own units but their service was largely forgotten once they returned home. If it wasn’t for proud family members speaking up or pushing back when the military contributions of their fathers and grandfathers were excluded from the public record, the nation would never have known about the heroics of the Borinqueneers and other Latino soliders, the brilliance of the Navajo Code Talkers, the bravery of the Tuskegee Airmen and the Japanese-American Nisei or the trailblazing presence of the Buffalo Soldiers and the African-American Montford Point Marines.

Over the years, many museums and monuments have been built honoring the memories of the soldiers who served from WWI to present day Afghanistan. Yet, even in most of these museums, the sacrifices of soldiers of color are mentioned more as footnotes to history than standalone chapters.

Also, not every group of soldiers of color have achieved the highest recognition — the Congressional Gold Medal. While battles to remember these soldiers are still being waged, it’s become less a matter of remembrance and one of paying due and equal respect.

To this day, the Borinqueneers are the only major ethnic unit who has not received the Congressional Gold Medal.

Of the 155 Congressional Gold Medals bestowed since 1776, ONLY ONE has been awarded to a Latino-American. That recipient was Roberto Clemente 40 years ago in 1973.

Since the remaining Borinqueneers are in their 80s and 90s, a national campaign is underway to get these survivors of such a historic military legacy recognized before it’s too late. The Borinqueneers Congressional Gold Medal Alliance is fighting for 34 more congressman to co-sponsor bills in both the House (HR1726) and the Senate (S1174), which need a majority of U.S. legislators’ votes. If more congressional representatives don’t sign on in 2014, the bills will die in Congress and no one knows when the issue will be resurrected.

The Alliance has created a special page for supporters to learn how to help the Borinqueneers achieve their final medal.

These Code Talkers live in New Mexico and are hoping to get the museum built in their home state, with a satellite site in Pueblo, Colorado. Native Thundering Voices Community is helping the Code Talkers raise funds for the worthy cause. To get more information, email nativethunderingvoicescommunity@yahoo.com.

With 3.9 million veterans left from WWII-Korean War, time is not on the side of these soldiers who didn’t hesitate to come to the service of their country but find themselves still battling the same fight as when they were younger — recognition.

The past is prologue for U.S. comprehensive immigration reform
1 Comment
Report: Rio Grande Valley has highest concentration of Hispanic voters in Texas