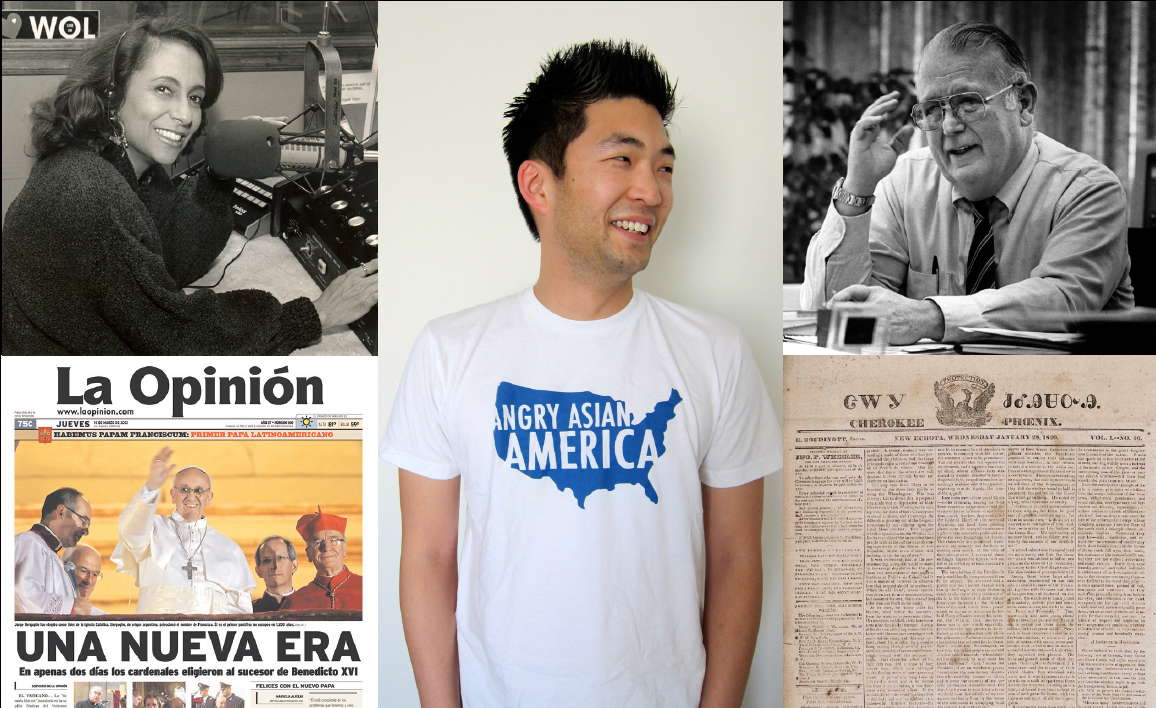 LatinaLista — The role of ethnic media has never been more noticed, or taken seriously, by legacy and mainstream media than now, in the age of the Internet. The combination of growing populations of people of color, along with, high use of technology have enabled the Internet to be the 21st Century version of the “printing press,” ushering in a new era and platform for ethnic voices to be heard.

Yet long before the Internet, people of color needed to have their voices included when it came to speaking out about social injustices, commenting on public policy or rallying support for an event. The men and women who filled these voids in their communities did so because the voices of their readers were too often ignored or dismissed by mainstream media.

These men and women were the trailblazers of a media that made no apologies for representing the views and rights of their readership and who were the first to demand to be recognized alongside their mainstream peers.

The bravery of these ethnic media pioneers are often forgotten, along with, their names and the sacrifices they made to get their town’s majority to take their communities’ concerns seriously. But a new exhibit that tells the dramatic story of how immigrants and minorities used the power of the press to fight for their rights and shape the American experience hopes to refresh our memories.

One Nation With News for All opens in May at the Newseum in Washington, DC. Partnering with the Smithsonian Institution, the exhibit will feature 60 artifacts spanning print, radio, television and online that chronicles the influence and presence of ethnic media in the United States.

“News for All” will display rarely seen historic newspapers including El Misisipi, the earliest known Spanish-language newspaper in the United States, founded in New Orleans in 1808; Freedom’s Journal, the first black newspaper, launched in 1827 to fight for equal rights and demand an end to slavery; the Cherokee Phoenix, the first Native American newspaper, published in 1828 to champion the rights of Indians; and the Chinese-language Golden Hills’ News, the first Asian American newspaper, launched in 1854 to help Chinese immigrants who came to seek their fortunes in the California gold rush.

The exhibit will also tell the stories of crusading journalists who fought to dispel stereotypes and tell the stories of their communities, including Ida B. Wells, who campaigned against the lynching of black men in 1892; Ignacio E. Lozano, who in 1926 founded La Opinión, now the country’s leading Spanish-language newspaper, to fight mistreatment of Mexicans; and Bill Hosokawa, who published The Heart Mountain Sentinel for two years while he was confined to a relocation camp for Japanese American citizens during World War II.

ethnic media, Newseum, Smithsonian Institute
Previous Post A business that 'flips' the rainforest in order to preserve it
Next PostVideo: Hawaiian judge creates new program for parolees that gives HOPE they won't return behind bars

A business that 'flips' the rainforest in order to preserve it
Comment
Video: Hawaiian judge creates new program for parolees that gives HOPE they won't return behind bars