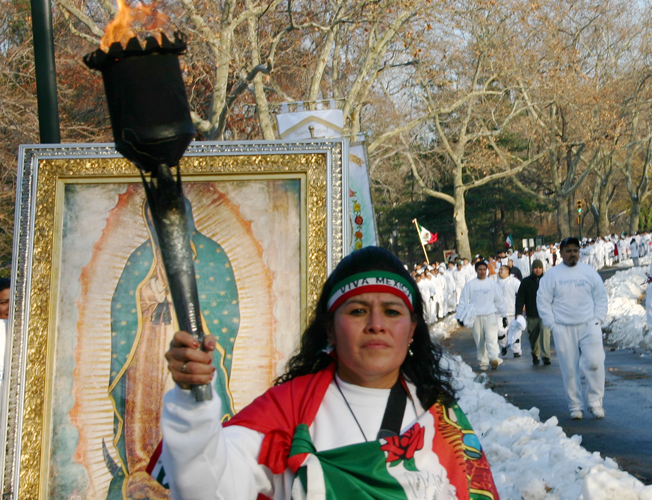 LatinaLista — Where did La Virgin de Guadalupe originate? Why is she such an iconic symbol for Mexicans wherever they live?

These are just two questions that don’t concern too many people of devout faith. But for those who are curious as to how the devotion to one of the most recognizable versions of Our Lady came to be, they are haunting questions.

One of those curious was filmmaker Carmen Alarcón. Alarcón had these same questions and it motivated her to follow a unique torch run conducted every year by devotees of Our Lady of Guadalupe. Known as Antorcha Guadalupana, the relay spans both Mexico and the United States and features over 4,000 runners.

Following the runners over the border and through the streets of 12 states in Mexico, and 9 in the United States, Alarcón began to contemplate another burning question: immigration.

Alarcón spent five years writing, taping, and editing Guadalupe: Sin Pasaporte and in December of 2012 the documentary was aired on Discovery Español. The film is available in its entirety, with English subtitles, for viewing online.