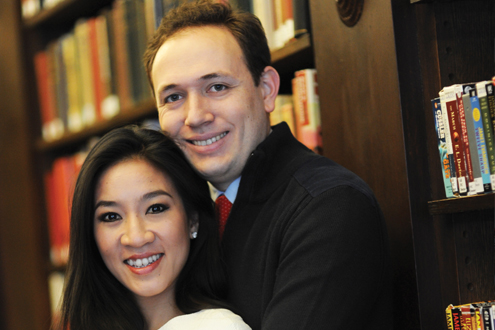 Last month, the Department of Education’s Office of Postsecondary Education announced the appointment of a new Deputy Assistant Secretary for International and Foreign Language Education — Clay Pell, the grandson of former senator Claiborne Pell, after whom the Pell Grant program is named.

Pell comes from the White House, where he served as director for strategic planning on the National Security Staff and helped advance President Obama’s key national security priorities.

He brings critical experience from a breadth of departments and agencies including the White House, State Department, and CIA, and he has a personal commitment to foreign language study as a speaker of Chinese, Spanish, and Arabic.

Pell studied law in Argentina and China, earned his JD from Georgetown University Law Center, and graduated from Harvard College with high honors in social studies and a citation in Modern Standard Arabic.

Before Pell had a chance to get his feet under the desk, Language Magazine editor, Daniel Ward, asked him some key questions:

Clay Pell: Let me just say how thrilled I am to be here, and thank you for reaching out in my first couple of days at the Department of Education. I am so excited to join Secretary Duncan and to continue to serve President Obama in advancing America’s global competitiveness. We are laser-focused on doing everything we can to make sure our country and next generation of students are fully prepared to lead and thrive in the 21st century, including with critical foreign language and international skills.

LM: What languages do you speak, how did you learn them, and how have they improved your professional and personal lives?

CP: Spanish, Chinese, and Arabic. I studied Spanish first in elementary school, then both Spanish and Chinese as an exchange student in high school. I began studying Arabic in college and have continued each ever since.
Without a doubt, foreign languages opened up the world to me. They exposed me to the people and places beyond our borders and gave me the skills to work on international issues — with the military, State Department, law firms overseas, and most recently on President Obama’s National Security Staff.
So you can imagine what an enormous privilege and thrill it is for me to come full circle and work with Secretary Duncan and President Obama to equip the next generation of American students with the foreign language and international skills they will need to lead and thrive in the global economy.

LM: Why do you believe it is important to speak more than one language?

CP: At a strategic level, the United States represents about 5% of the global population and a quarter of the global economy. Our growth and competitiveness demand that we find new ways to connect with, work with, and take advantage of opportunities in the rest of the world. Foreign language and international expertise are critical skills to bridge that divide and proactively reach opportunities and cultures around the globe.
Of course, there are many other benefits that come from learning another language — and probably everyone who has built fluency in another language can speak in their own way to how it has enriched their life. Certainly, learning a second language has been shown to improve cognitive development and learning outcomes across the board. And some of the findings I’m most excited about show how study-abroad experience can help close the achievement gap between minority college students and their majority peers.

LM: What role do you see for the Department of Education in promoting language education across the states in the light of budget cuts? Does technology have a role?

CP: The Department of Education has a critical leadership role in promoting 21st-century skills in our nation’s schools, institutions of higher education, and beyond. We are encouraging state and local institutions to weave global competencies into common academic core subjects, into college-and-career-ready standards, and into expected learning outcomes. Personally, I’m really looking forward to meeting and working with everyone in the days and months ahead — students and schools, partners in government and private sector, and the foreign language and education communities as a whole. My message is that foreign language is a critical skill for the 21st century and there are a lot of innovative ways we can work together to make sure our students develop foreign language skills all the way through from school to career.
Certainly, technology is an important part of this, as are partnerships across the board. And the federal government will continue to play an important role, including the Title VI and Fulbright Hays programs that we administer and other international education programs at the Departments of State and Defense, among others. These programs support foreign language, area, and international studies and infrastructure building at U.S. colleges and universities. And they ensure a supply of graduates with expertise in less commonly taught languages, world areas, global issues, and transnational trends — all critical for America’s students, businesses, and workforce as a whole.

LM: Do you have any specific goals in terms of improving language education in the U.S.?

CP: Yes! I really want to hear from the community about all the many ways we can work together. But some areas where I am looking forward to working together include:
Building bridges — Making sure that we are building bridges at all levels so that our students and workforce develop, retain, and leverage foreign language skills from school through employment.
Inclusion — Continuing to expand the participation of underrepresented groups in foreign language and international education.
Technology — Leveraging advances in technology to connect students with cutting-edge language-learning materials, as well as their peers around the world.
Strategic regions — Continuing to support less commonly taught languages, including in strategic regions of the Asia-Pacific and Africa where the President has elevated focus across the U.S. government.

LM: What are your views on bilingual and dual-language education programs?

CP: We support both bilingual education and dual-language programs (dual language being the one of the models by which students with limited English proficiency can learn English and simultaneously maintain their native language). The general support both for bilingual education and dual-language programs comes from Secretary Duncan and President Obama’s emphasis on language as an important skill for the 21st century.

LM: What do you think we can do to improve retention of heritage languages and preserve this valuable national resource?

CP: Heritage languages are a really powerful resource, both for individuals and the country as a whole. One of the most important things we can do is encourage parents and families to continue to use both their heritage language and English with their children. At the federal level, we have funded projects through our Title VI portfolio that support heritage language programs, and I look forward to strategizing with the language community about other ways where we can play a role.

LM: How can we encourage more American students to study in non-English-speaking countries?

CP: I’m really excited to help get out the word to students about the relevance of study abroad and to continue to work to make sure these programs are as accessible as possible. The Department’s emphasis on advancing global competencies for all students is important in this regard, as are opportunities that we support through our overseas programs in Fulbright-Hays and Title VI. I look forward to working hard to make sure more students and institutions know what’s available and are finding new ways to partner together.