Latina Lista: News from the Latinx perspective > Culture > Art > Mexican muralists fighting to save decaying town look towards US for Latino artists to help 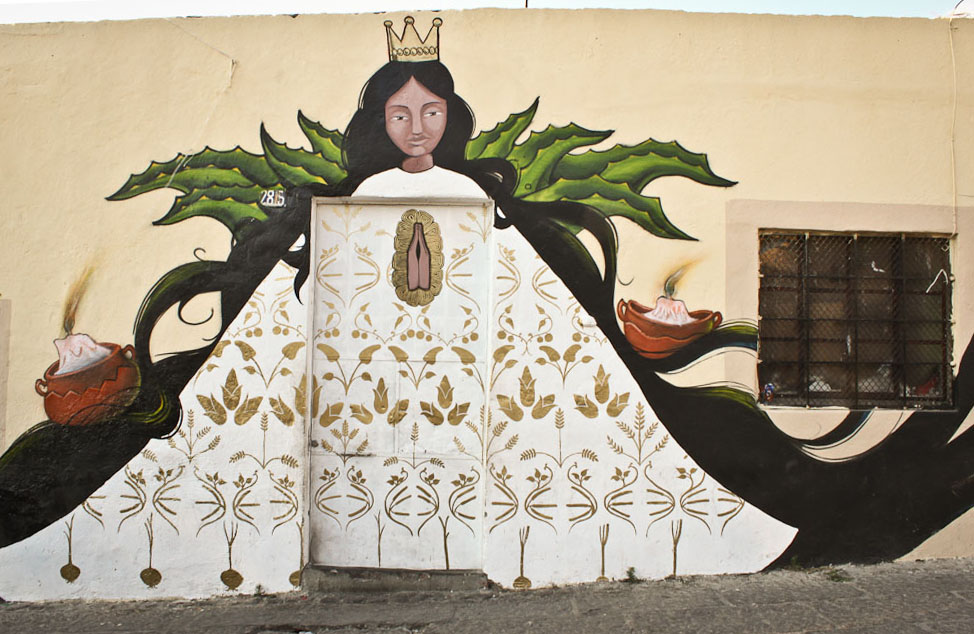 LatinaLista — There is a new war being fought in Mexico, but it’s not a war fought to guard drug routes and territory. This war is fighting to save two things much more important — a globally respected cultural practice and the lives of decaying towns whose residents have lost hope for the future. 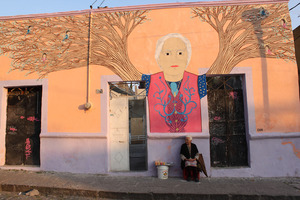 The movement is called the Puebla: Ciudad Mural project and one of its goals is to revitalize the Mexican tradition of mural painting.

The other goal is to help revitalize old historic areas of towns that have been neglected and allowed to decay by joining forces with the local community and cover the cracked walls and peeling paint with beautiful murals that reflect the culture, history and personal perspectives of the townspeople.

In the process, the hope is to make the town a tourist destination so the residents can create profitable businesses.

The project, begun in 2010, is spearheaded by a Mexico-based artist group called Colectivo Tomate. As their first project, the collective chose the town of Xanenetla, in the city of Puebla, Mexico.

Xanenetla served as the base site to help with Puebla’s construction. Yet, over time, its importance has faded from memory. The Puebla: Ciudad Mural project wants to change that.

So far, the group has painted 32 murals throughout Xanenetla. Their goal is to paint 25 more in the spring of 2012, but they’re looking for five more Latino artists to join their team — from the United States.

The project organizers are looking for five Latino mural or graffiti artists who’ve never been to Mexico but would like to be part of this new movement and can join them in April 2012.

As of now, everyone is a volunteer who works on the murals and the organizers know it will take dinero to bring five Latino artists from the United States to join them. 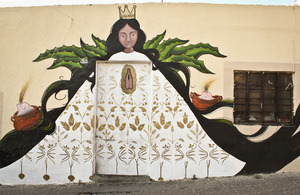 To help with the effort, the group has created a Kickstarter fundraiser page. Their goal is to raise $29,500.

With your generous donation, you will be contributing to the project by helping five Latino-American artists come to Mexico and contribute to Latinamerica by painting murals with the community of Xanenetla, as well as twenty other local artists.

Donations will go towards all the necesary materials to paint twenty-five murals including the restoration of the twenty-five facades, coordinate several workshops with the artists during the two-week mural painting festival, and document the entire creative process on video and printed material.