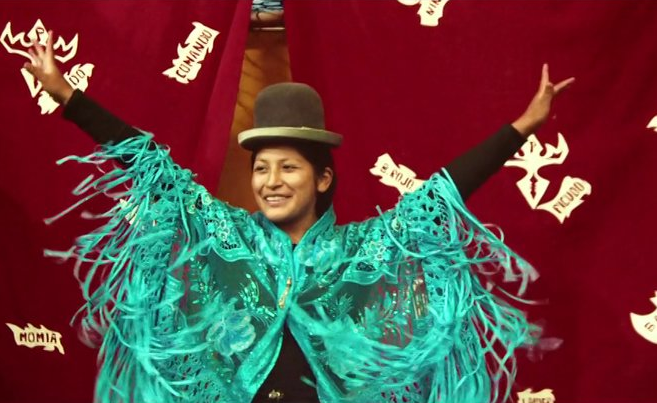 LatinaLista — The singing group, Landshapes, describes their music as ‘wonky pop;’ so it’s expected that their music videos might be a little — off the wall. What you don’t expect from this British group is a music video filmed across the Atlantic, in Bolivia, and centered on the country’s infamous women wrestlers known as the Cholita wrestlers.

However, thanks to the blog of the video’s filmmaker, Ian Pons Jewell, viewers get the backstory to an unusual music video that is half documentary.

Filmed in El Alto, home to the Cholita wrestlers, the video follows one wrestler from the time she wakes in the morning, on her way to the ring and her eventual fight. Though this part is scripted and, according to Pons Jewell, is meant to go along with the song’s lyrics, the background scenery and the Bolivians featured offer a glimpse into one of the poorest parts of the country and a town that consists almost entirely of indigenous, Aymara and Quechua, residents.

Landshapes – In Limbo from Ian Pons Jewell on Vimeo.