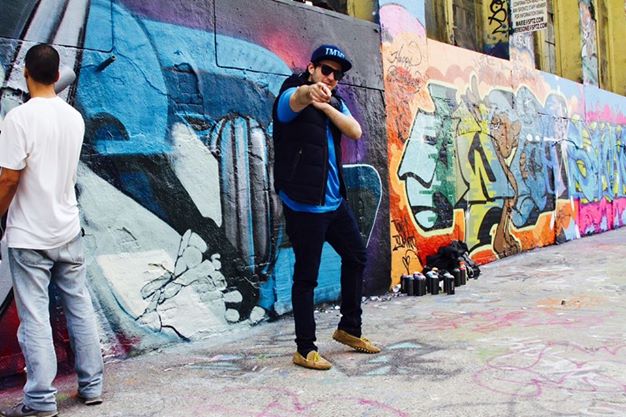 LatinaLista — Since his debut single, Buenos Aires-born songwriter IMMI (GRANT) has striven to deliver music with a clear message.

His first single, Immigrant/Inmigrante, a finalist in the 2012 John Lennon songwriting contest, was clear in its political overtones explaining the motivation of immigrants coming to the United States.

In his second single, simply titled “Music,” featuring DaChonne Nicole, IMMI gets back to his musical roots and uses his lyrics to convey the importance of music to him — and the world.

“The inspiration behind this song was music,” IMMI writes Latina Lista in an email. “It’s something that has always been there for me and has inspired me. I wanted to share and show people that music is really indescribable. Ever since I was young, music was something that was always there for me. It was a gateway to a good place, a gateway to a magical place, and even 3 and a half minutes was not enough to describe what it really means!”

Filmed on the streets of Buenos Aires and at 5Pointz in Queens, New York, the music video does more than just showcase IMMI’s songwriting skills. He purposely chose these two locations to help preserve a little bit of culture and history.

“The fire in the background that you see throughout the video (shot in Argentina) is actually real,” IMMI writes. “While we were filming a fire broke out in an ecological reserve near the Puerto Madero neighborhood in Buenos Aires. We took that opportunity to preserve what was happening and filmed it as part of the video…

“I also picked 5Pointz for its art, culture, and family. I heard of what was happening to the building (which was getting sold) and I took an opportunity to preserve what some people have worked hard to create. A week after we filmed, 5Pointz was repainted white to destroy the graffiti art. Some of the art on the walls that you see in my video might probably be the only and last place it will be seen.”

Yet, if IMMI gets his wish, this second single only heralds his continuing mission to make more ‘music.’