Latina Lista: News from the Latinx perspective > Culture > Music > Video: Documentary relives the night when a little mariachi scored a slam-dunk against racism

Video: Documentary relives the night when a little mariachi scored a slam-dunk against racism 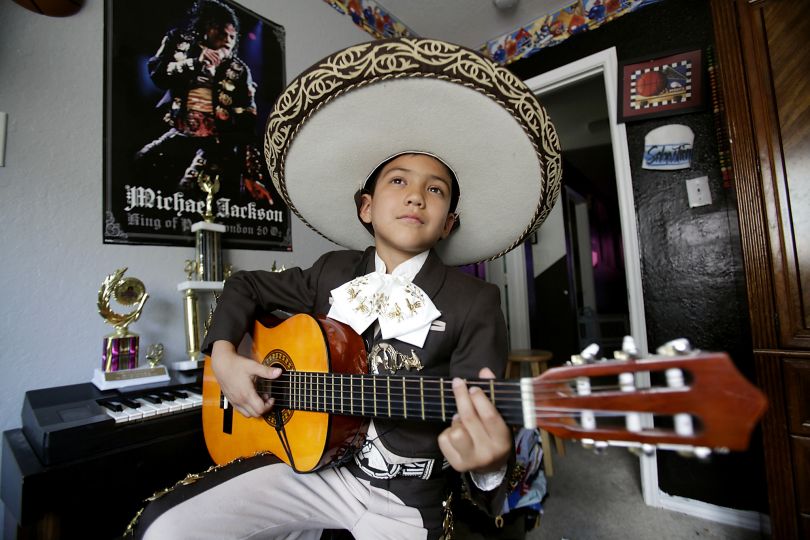 LatinaLista — In 2013, during the NBA Finals between the San Antonio Spurs and Miami Heat, one action on the court made it into the annals of unforgettable — and it had nothing to do with making a basket.

It had everything to do with an 11-year-old Mexican American belting out the national anthem and being on the receiving end of racist social media comments.

Sebastien de la Cruz, known as El Charro de Oro, was born and raised in San Antonio but that didn’t make a bit of difference to those who verbally attacked him following his performance. A die-hard mariachi performer, Sebastien proudly wore his traje de mariachi (mariachi suit) as he took the microphone, stepping in for another performer whose couldn’t sing at the last minute.

Anyone who watched de la Cruz was immediately struck by his respect for the anthem and his mature demeanor. It wasn’t until the world saw in the ensuing days how de la Cruz handled his critics that the true depth of this young man’s maturity was revealed. His life story – though only 11 years in the making – was being retold throughout schools, communities and even late night talk shows.

Now, his story is being retold again in a new short documentary by actress Eva Longoria in collaboration with ESPN.

Titled ¡Go Sebastien Go!, the film revolves around that fateful night that propelled de la Cruz into the national conscience.

“The thing that rubbed me the worst way, because I’m ninth generation Texan, is his dad served in the Navy for 21 years,” said Eva Longoria at this year’s Tribeca Film Festival in New York City. “He defended our country for 21 years, and for somebody to call his kid an ‘illegal,’ and ‘beaner,’ after his father sacrificed for us. That to me was unforgiveable.”

And while the nation fumed over the treatment of de la Cruz by a few ignorant citizens, Longoria channeled that anger into retelling a story that never gets old hearing.

mariachi, video
Previous Post Guest Voz: An anti-poverty movement doesn't look like what you think
Next PostA future where 2.5 million Latinos won't be able to own their own homes

Guest Voz: An anti-poverty movement doesn't look like what you think
Comment
A future where 2.5 million Latinos won't be able to own their own homes