LatinaLista — From the beginning of time, the importance of water to our health and our survival has been known. Yet, a lot of the world is beginning to experience, if not already, a crisis in having enough water. In the United States, there’s no place that illustrates this growing crisis more so than along the Colorado River. 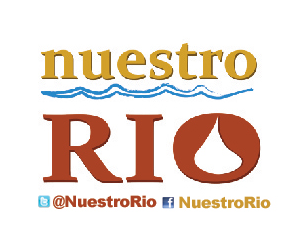 Over the last 12 years, the Colorado River has lost 35 percent of the stored water available through consumption and drought.The river that emptied into Mexico’s Gulf of California for centuries now dries up short of the sea.

The importance of the Colorado River can’t be overstated but its value to the Native Americans and Latinos who have lived along the shores of this river for centuries is priceless. That’s why a group of Latinos concerned about the river’s future have banded together to form the group Nuestro Rio.

Nuestro Rio is a growing network of 13,000 Latinos from the states of Colorado, New Mexico, Utah, California, Wyoming, Arizona and Nevada who have joined forces to educate the public and the government that demand by a growing population on the Colorado River is stripping the area of its most prized resource.

In their latest effort to get the message out, the group decided to resurrect an old Mexican custom — the corrido.

Traditionally a song used to pass down oral history in the Latino community, the group commissioned the Corrido de Nuestro Rio to raise awareness of the impending crisis posed by the shrinking Colorado River.

“If we do nothing, the price of water will spike, agriculture and rural communities will become less viable, and households will be forced by utilities and governments to make drastic changes in how they use water,” said Andres Ramirez, a Nuestro Rio spokesperson. “The basic math of demand exceeding supply means that the status quo is unsustainable.”

Today, Nuestro Rio launched the corrido in Albuquerque, Denver, Las Vegas, and Phoenix where the song was performed live before Latino leaders, community members, elected officials, utilities officials, and government agency heads. Along with the performances, Nuestro Rio representatives at each event called for “commonsense measures to solve the imbalance and maintain the river.”

In addition to highlighting the fate of the Colorado River, the corrido was released to also mark the 85th anniversary of Cesar Chavez’s birthday and invokes his memory to show supporters and officials that the fight to meet present and future water demand can be boiled down to one line: Si se puede.