LatinaLista — The old childhood saying “Sticks and stones may break my bones but words can never hurt me” was debunked long ago. We know that words do matter, equally — in this smartphone era — as images. So when the National Hispanic Media Coalition sponsored a poll of national (non-Hispanic) perceptions of Latinos and immigrants, their findings weren’t a big surprise. 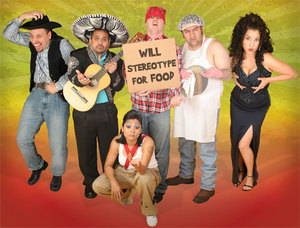 The report, The Impact of Media Stereotypes on Opinions and Attitudes Towards Latinos, found that negative media portrayals and hate speech in media contributed to a distorted and ignorant assumption of Latinos and immigrants by non-Latinos.

One of the most common misperceptions of the two groups, validated by the poll’s findings, is that people think “Latinos and undocumented immigrants are one in the same, with 17% of survey respondents actually believing that the majority of U.S. Latinos are undocumented.”

It’s not a surprise finding when people, who aren’t familiar with Latinos, only see on television the undocumented getting media attention. Then again, it’s only 17 percent who think this wrongheaded way, meaning 83 percent of people know better.

However, there were some other findings that indicate the Latino community may need a major public relations campaign:

featured, Latinos, non-Hispanics, stereotypes, undocumented immigrants
Previous Post Guest Voz: California farm workers still battling to have the same heat protections as animals
Next PostRomney's un-presidential response to Libya attack should give cause for concern to all Latino families whose children want to serve

Guest Voz: California farm workers still battling to have the same heat protections as animals
Comment
Romney's un-presidential response to Libya attack should give cause for concern to all Latino families whose children want to serve