LatinaLista — What do young Latino adults really want out of life and who are they? 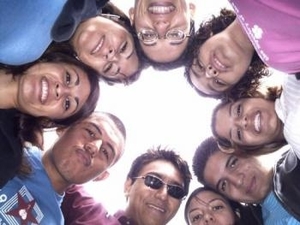 It’s a question that takes center stage in a new study published by Tr3s: MTV, Música y Más cable channel titled Death of the Hispanic Adult Demo as We Know It.

According to census findings, US-born Hispanics now dominate the 18-29 adult demographic. It’s estimated they will make up 65 percent of this demographic by 2015.

Yet, a true picture of these young people has been too confused with stereotypes and bad press generated by only a segment of the overall demographic that the general public doesn’t really know who are “Hispanic Millennials.”

The findings will surprise some folks:

A combination of the recession, the “American” delayed marriage and kids life-cycle mentality, and already having a tendency as young Hispanics to live at home longer is a recipe for a long extended stay at home… which includes collaborative sharing among many of the responsibilities and purchasing dynamics of the household.

Hispanic Millennials prefer old-fashioned, real life romance. They have rejected the “passionless” contractual nature of “friends with benefits” and virtual pairing trends of many overall Millennials.

Hispanic Millennials have VERY RELUCTANTLY adopted the American “Live to Work” mentality to achieve the long term achievement goals they and their parents have for them.

Hispanic Millennials are stressed for success. They know they will get there, but it comes with a lot of stress. The stress comes from their parents who have told them it’s their duty to succeed, from non-Hispanics who tell them they can’t succeed, from the economy which isn’t providing the jobs they have worked for and finally, for most of them, they are often the first in their family to take this path and there is no roadmap for success.

Hispanic Millennials want to stand out and be noticed… but in a normal way. They don’t want to be remembered as the “person who dances on tables”. They want to be “unique” but not a “freak”.