Latina Lista: News from the Latinx perspective > Culture > History > New website honoring history and service of Latinos in the military strives to be an educational tool for teachers 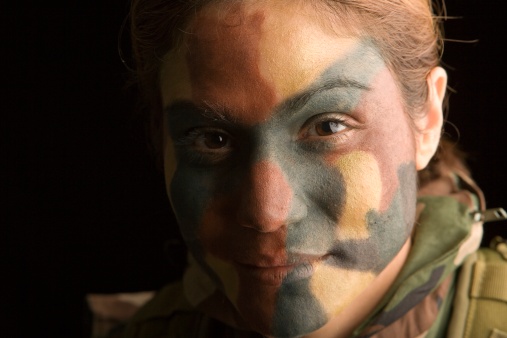 LatinaLista — The U.S. Census reports that there are 1.2 million Latinos 18 and older who are veterans of the U.S. military.

The Department of Defense says that more than 157,000 Latinos are serving in active-duty and that in 2011, 17 percent of all new recruits were Latino — an increase of 3 percent since 2005

It’s a percentage that many expect to grow — and grow big. Given that more Latino children are being born each year, immigration reform is on the horizon and the strong sense of patriotic duty to serve the United States exists in many Latino families, it won’t be long before more and more young Latinos turn to the military for a career and a way to improve their own opportunities in life.

The Latinos in today’s military are following in the tradition of a proud history Latinos have with serving the nation, dating all the way back to the Revolutionary War.

Unfortunately, history has not been kind in remembering Latino military contributions and so it’s fallen on the shoulders of some within the Latino community to address the oversight by compiling their own data through research and interviews.

For the past 17 years, one organization, Latino Advocates for Education, Inc., has dedicated itself to uncovering the sacrifices and achievements of Latino military personnel.

They do it for one reason:

We do not glorify war or promote militaristic solutions to our nation’s international affairs. We do not advocate that all Latino youth join our military forces. We are, however, justifiably proud of our veterans and of our patriotic heritage. Moreover, our Latino patriots have not been recognized in our children’s school books, in documentary films, in feature films, on television or in the print media.

The Orange County-based organization, headed by Frederick P. Aguirre, a Superior Court Judge who has a long family history of military service, wants to change the status quo of what children are learning in Orange County schools’ history classes with the launch of a new web site, American Patriots of Latino Heritage.

Partnering with the Orange County Department of Education, LAFE is sharing their research with educators so that the school children of Orange County will learn more about Latino military contributions.

The site features videos, pdf documents about every major war and the Latino soldiers who served in them, photos and reading lists. Though the site specifically features profiles of over 2000 Orange County veterans and focuses on Mexican American veterans, the overall site is geared to honoring the participation of Latinos from throughout the nation in the armed forces.