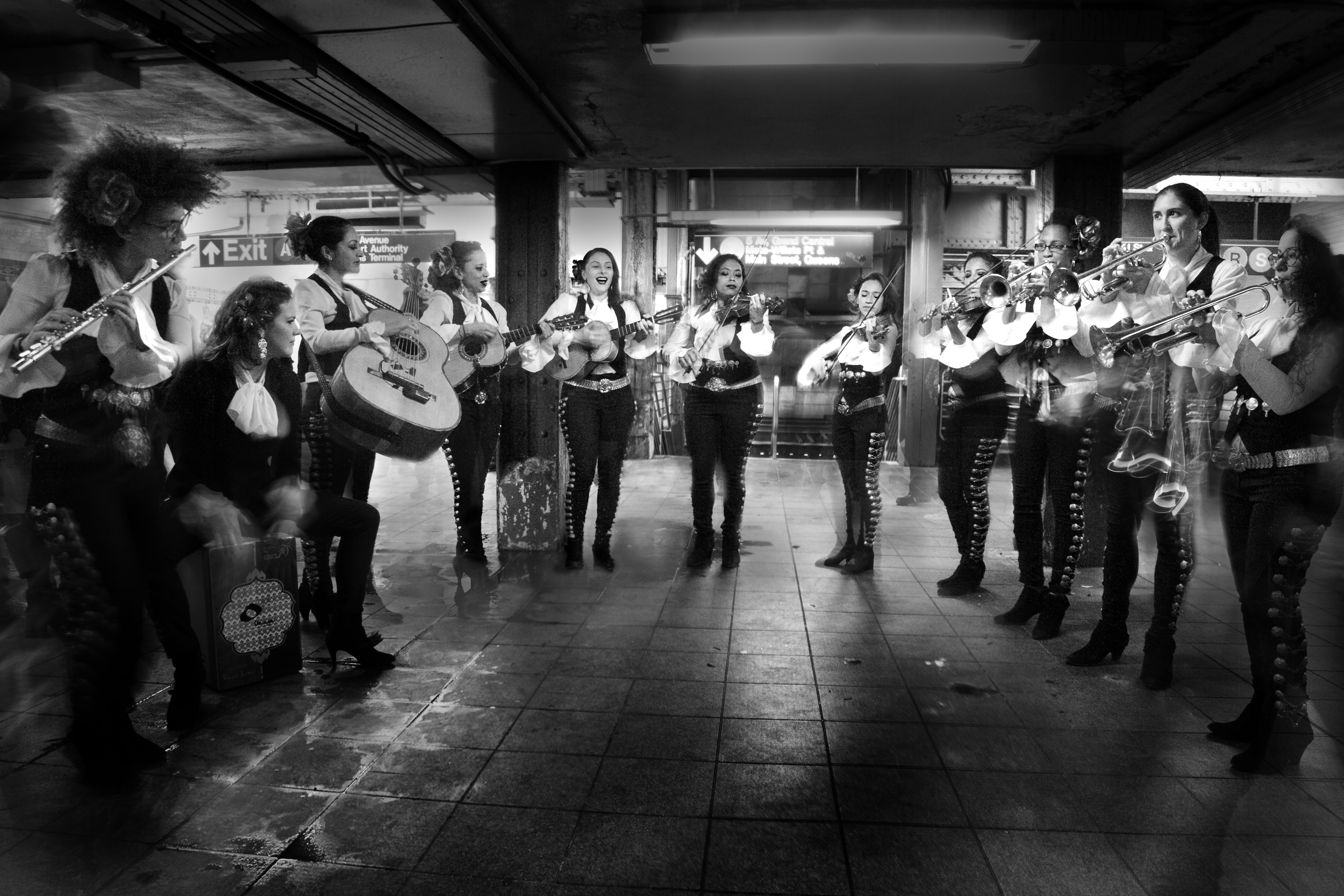 Any visitor to NYC can attest to how music is as much a part of the city as is the traffic. Music is found everywhere — from Broadway to the subways.

Visitors to NYC may not know that the city’s Metropolitan Transportation Authority annually auditions musicians for their Music Under New York program, which gives the winning musicians access to those high traffic areas in the subway system so they can give subway riders a high-quality performance on a different kind of stage.

Today, there are more than 350 performers giving over 7,500 performances annually throughout the subway system.

Among the performers, Schweitzer found a group that sets itself apart from its musical colleagues with more than just its performance venue — they’re an all-girl mariachi band known as Flor de Toloache.

In the 3-minute short, Schweitzer interviews the woman who started the group, Mireya I. Ramos, half Mexican, half Dominican and raised in Puerto Rico and learns that this mariachi group is making more than just música.

(Editor’s Note: Currently, each short in the series is being released over a ten-week period on The Atlantic.)