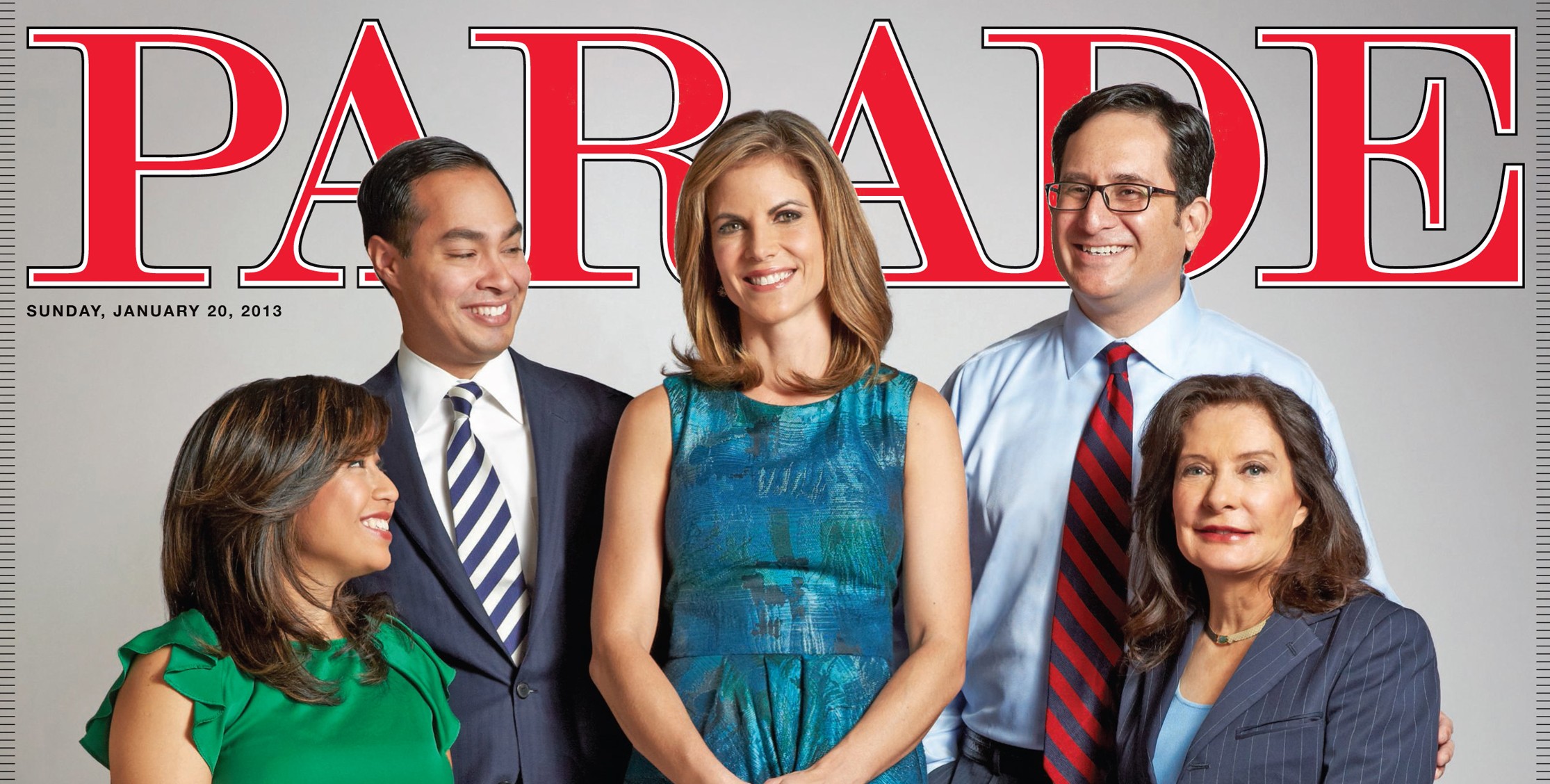 LatinaLista — If anyone still doubts the role Latinos had in the re-election of Barack Obama, they are going to be reminded of it this weekend and throughout 2013, courtesy of PARADE magazine. 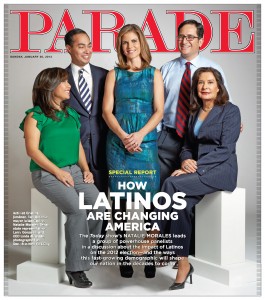 Starting this Sunday, PARADE launches a year-long series exploring how Latinos are reshaping the country. The series, titled PARADE of Voices, launches with a panel discussion moderated by NBC Today anchor Natalie Morales.

Maybe because the promo materials included what they labeled “surprising statistics” on the “perception vs reality” of Latinos — If you are Hispanic, you speak Spanish. Reality: Fifty-one percent of U.S.-born Hispanics prefer to speak English.; Most Latinos are new immigrants. Reality: More than six out of every 10 Hispanics in America were born here. — the implication feels like the series is more about educating non-Latinos about Latinos.

What better way to educate anyone about the Latino community than to showcase the variety of Latinos as panelists: San Antonio Mayor Julián Castro joined Morales, along with, Denver, Colorado businesswoman and co-owner of the MLB’s Colorado Rockies, Linda Alvarado; Texas Republican state representative Larry Gonzales; and Cristina Jiménez, managing director of United We Dream.

The panelists discussed everything from Hispanic values and the future growth of Latinos to, of course, immigration reform — and this is where things got a little interesting.

Even in the short promo video about the panel discussion, it became clear that the Latino panelists were taking sides. On the one side, is Castro and Jiménez advocating for undocumented immigrants. On the other side is Alvarado and Gonzales talking about becoming citizens legally, starting businesses and keeping those immigrants with higher education here in the U.S.

PARADE editors are so intent on focusing this year’s stories on the Latino experience that they are even soliciting stories from the public about “Growing up a proud Latino!”

Yet, if this panel discussion is any indication it won’t be long before PARADE editors and non-Hispanics will discover just how individual and independent Latinos are from one another — and it’s about time.

contributions, featured, impact', latino
Previous Post Columbus' Ships Pinta and Nina to Land in Gulf Shores, Alabama
Next PostBiking from Machu Picchu to the Amazon for a good cause

Columbus' Ships Pinta and Nina to Land in Gulf Shores, Alabama
Comment
Biking from Machu Picchu to the Amazon for a good cause