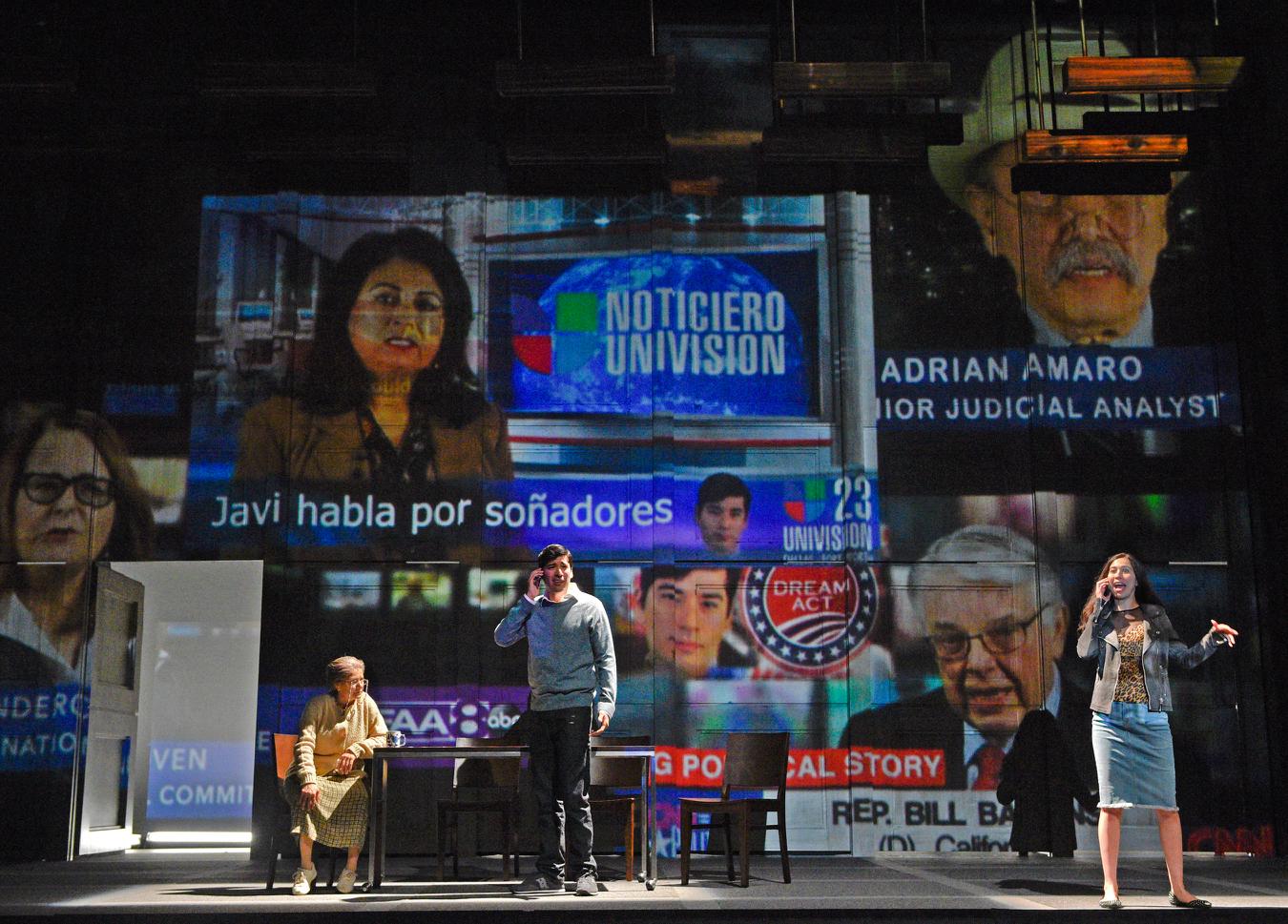 “Deferred Action” sheds light on the plight of the oft tormented young immigration activists around the U.S. whose plight often involves being told to shut up about the lack of liberal action on immigration and urged to be outraged at sensationalist conservative rhetoric.

This original production co-written by Cara Mia Theatre‘s David Lozano and Dallas Theater Center‘s Lee Tull tells the story of Javier, an undocumented immigrant from El Salvador who was raised by his grandmother in the U.S. since he was a baby.

Javier is thrust into the national spotlight after a video of him verbally confronting a racist police officer during a traffic stop goes viral and he soon becomes the poster boy for DREAMers everywhere.

Javier is torn between his supposedly crucial obligation to the Democratic establishment and his desire to fight for immigration reform.

It’s here where this story refreshingly pulls no punches.

One can imagine how awkward some of the Latino Democrats in the audience on opening night may have felt when the characters’ dialogue questioned the Obama administration’s unwillingness to act on immigration reform during the first two years of Obama’s presidency.

The writing even goes as far as referring to the deferred action program instituted in 2012 as a rash stop-gap decision.

But “Deferred Action” is less a story about the DACA program created by the Obama administration and more about the age-old notion that politicians dismiss their supporters’ needs.

But like a good journalist, this story doesn’t just take swipes without allowing it’s characterizations of politicians to speak for themselves.

That’s where the true beauty of this play lives. Despite it’s overly political nature, it gives even it’s supporting characters a chance to explain their motives and reasoning.

Without giving away too much, this story details the roles that racism, gender bias and money play in politics. Its creators didn’t forget about any of the potholes its characters could possibly run into and that is an impressive feat.

Though some of the components of this story that is very grounded in contemporary reality require some stretching of the imagination, the viewer will be all the more happier for seeing this work play out.

If you live outside the vicinity of North Texas, you’ll have to wait until a theatre production company near you picks it up. But if you’re in the area, you can find a list of the performance times and dates here.

Obed Manuel is the managing editor of Latina Lista.

immigration reform, politics, theater
Previous Post Guest Voz: 2016 election - the 'Perfect Storm' for bringing out Latina voters
Next PostCrowdfunder: On a mission to show kids and adults how to read, understand & enjoy poetry

Guest Voz: 2016 election - the 'Perfect Storm' for bringing out Latina voters
Comment
Crowdfunder: On a mission to show kids and adults how to read, understand & enjoy poetry