LatinaLista — For many Latinos, cuban-born, Queen of Salsa Celia Cruz was an iconic cultural treasure and epitomized the classic immigrant story involving discrimination, talent, perseverance and rise to success. Her story not only resonated with her fellow Latinos but it seems also with over 10,000 voters of the Smithsonian’s National Museum of American History’s “Frame an Iconic American Contest.” 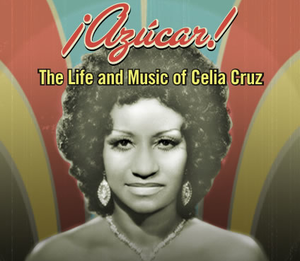 Out of a field of five notable U.S. historic figures — Audie Murphy, Alice Paul, Samuel Morse, Frederick Douglass and Celia Cruz — Cruz was recently named the winner as the subject of a new biographical portrait by Robert Weingarten, a noted photographic artist.

Weingarten’s ‘portraits’ defy traditional expectations. Rather than taking a classic picture of an individual, Weingarten asks his subjects, “What makes you who you are?” He then digitally layers images of places and things that are important to his subjects creating a visual biography. Unfortunately, Celia Cruz died in 2003 and won’t be able to help Weingarten — but her thousands of fans can.

The National Museum of American History, collaborating with photographer Robert Weingarten, is asking the public to help make a list of what made Celia Cruz who she was. The list will help Weingarten assemble a montage of images that will memorialize the Queen of Salsa in a finished portrait that will be unveiled this fall and displayed at the Smithsonian.