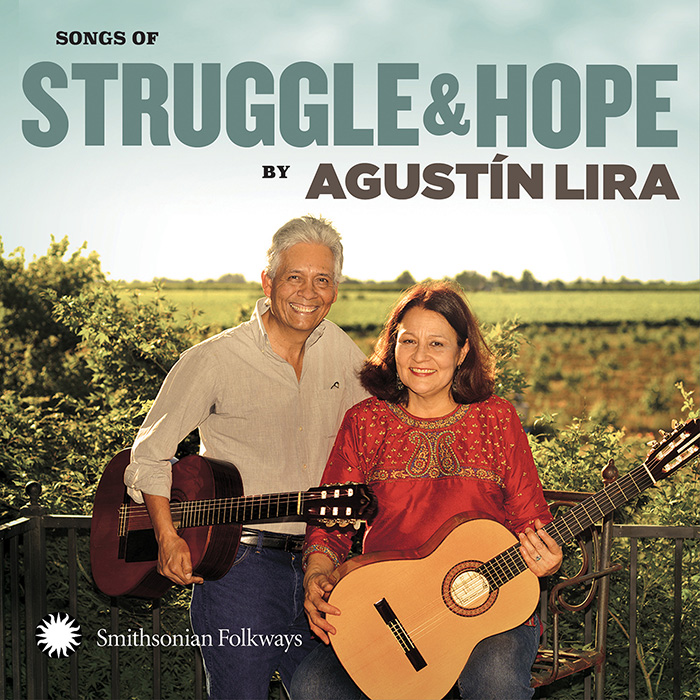 LatinaLista — While the nation has grown accustomed to seeing marches, rallies and sit-ins as different democratic approaches to protest injustices and inequality, another form of protest, especially popular among the Latino/Chicano communities, has been through art.

Whether it be murals, paintings, stage plays, films or music, art has been a way to depict or verbalize the reason for a particular protest to a wider audience. One such trailblazer in this realm is Agustín Lira.

Lira has a long and distinguished history as a Latino activist. Some would say his activism started before he was born. Though his mother was a U.S. citizen, Lira’s mother was unjustly deported to Mexico in the 1930s, where Lira was born. He eventually returned to the U.S. and worked as a migrant farm worker.

It was while he worked the fields that he saw enough injustices that it spurred him to act — and sing about it. Lira co-founded the famous farmworker theater, El Teatro Campesino, in 1965. Through stage plays and songs, Lira and his colleagues highlighted the abuses suffered by the migrant farmworker population, along with, Chicanos.

Lira used his gift of music to compose songs that addressed the demand for equality and justice. It wasn’t long before his songs could be heard at non-violent protest gatherings. Over the years, Lira and his music have traveled across the nation to college campuses and Latino communities where his music is seen as a way to celebrate culture, remember history and continue the promotion of a social and political conscience where social injustice prevails.

Now, thanks to the Smithsonian Folkways label, Lira, with members of his trio known as Alma, released his first full-length album with the label in June titled ‘Songs of Struggle & Hope.’

Many commemorate the issues that spurred recognition of farmworker, indigenous and Chicano rights and history but some songs address the new issues that challenge Latinos today like childhood obesity, homelessness and personal loss. As if the album wasn’t enough, a 40-page booklet accompanies the songs and includes pictures and notes, written in both Spanish and English, by a musician scholar.

Lira’a album is available to hear and buy either in CD or digital download at the Smithsonian Folkways site.