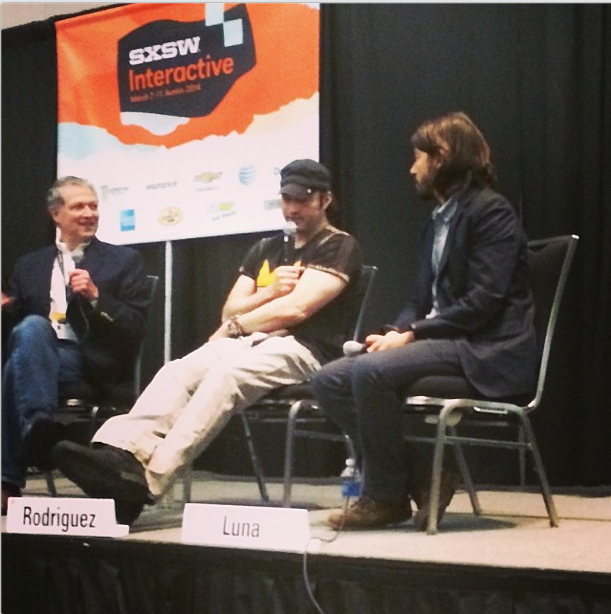 LatinaLista — There’s a little more Spanish being heard than usual at this year’s SXSW mega event in Austin,Texas. Fresh off the debut inclusion of the new Latino Technology Track during last week’s SXSW Interactive, comes the official launch of SXAméricas.

Jointly sponsored by the Spanish Broadcasting System and Aire Radio Networks, SXAméricas is an initiative to connect Latinos with Latinos by providing a space to “create new partnerships across all creative industries from North America, South America, Spain, and Central America.”

The initiative features a series of events merged into the ongoing SXSW program. For example, the mission of SXAméricas was on full display during the Latino Tech Track with sessions such as:
Argentina’s Creative & IT Sector in the U.S. and Insights from Latin American Accelerators.

The bridging of the Americas continues throughout SXSW with Spanish musical artists from Colombia, Uruguay, Argentina,
Brazil and U.S.-based Latino groups appearing in the mix of musical acts filling the bars, restaurants and tents along the streets encompassing SXSW crowds.

In addition to tech and music, Latino film is also being featured with live stage interviews with directors Robert Rodriguez and Diego Luna, along with, a host of Spanish-language/Latino-inspired films showcased in this year’s line-up of films.

With an eye towards fostering conversations long after SXSW, a special invite-only luncheon and roundtable discussion is planned during SXSW where 100 “US Hispanic & Latin American Thought Leaders” are invited share their opinions, ideas and hopes for a future that envisions a borderless Latino community striving for the same excellence in technology, innovation, arts and film.