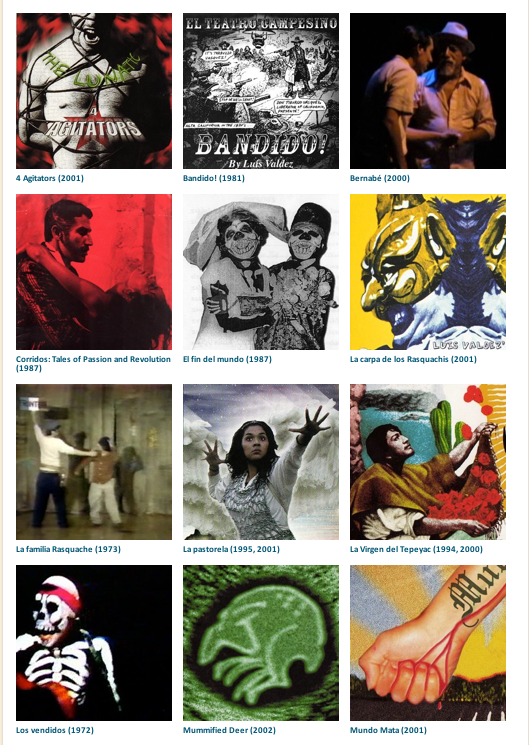 LatinaLista — El Teatro Campesino (ETC) is an iconic entity in Chicano and Latino history in the United States. It was founded in 1965 by Luis Valdes, under the blessing of Cesar Chavez, as a cultural component of the United Farm Workers union.

With a pointed political mission, ETC performed their “actos” in the fields, agitprop improvisations communicated eloquently with the workers, who could neither read nor write, but recognized themselves and their values in the actos.

It wasn’t long before ETC gained international notoriety for pushing the boundaries of their stage works to express the daily realities and cultural history of California’s Latino population. Over the years, ETC’s reputation as setting the standard for Latino theatrical productions was reinforced when various ETC productions were staged outside the ETC playhouse and found their way onto the small and big screens.

While the prestige of the ETC is well known in the western U.S. and among Latino theater lovers, not everyone is familiar with them nor the body of works the ETC has staged over its 48-year history. To share not only the talent of their performers but the messages they were sending with people the world over, ETC has created online exhibitions.

Yet, ETC is such a historic part of the farmworkers’ movement, Chicano and Latino history that it wasn’t long before some universities and institutes knew they had to act quickly to preserve these works that, fortunately, had been recorded on film.

Two separate academic and cultural institutions stepped in to do just that.

The Hemispheric Institute of Performance and Politics of New York University and the University of California, Santa Barbara (UCSB) Davidson Library have both created online archives of El Teatro Campesino works.

The Hemispheric Institute’ Digital Video Library archived 20 selected performances featuring photo galleries, videos and textual resources. Described as the first major digital library of performance practices in the Americas, the institute shares its video archive in a way that as many people as possible can understand them.

…this growing repository guarantees historical preservation and free, online access to more than 600 hours of video through the Hemispheric Institute website. A trilingual Profile (English, Spanish and Portuguese) is created for each collection, contextualizing the videos with detailed production information, synopses, image galleries, texts, interviews, bibliographies and additional materials… With video documentation spanning from the 1970’s to the present, the collections seek to promote dialogue and a deeper understanding of performance and politics in the Americas.

The UCSB Library funded the conversion of 118 video tapes into five different formats.

These 118 videos contain El Teatro Campesino plays, television specials, concerts, interviews, news footage, commercials, and workshops. This series includes the first known film that has a segment about the Teatro, “Huelga,” narrated by Cesar Chavez. Other films range from the early actos to television specials on the movie “Zoot Suit.” There are films of scenes from plays and whole plays, interviews with Luis Valdez and others, footage of the twentieth anniversary gala of El Teatro Campesino, and a documentary on the history of the Teatro made in 1981. They originate in several locations, including Monterey, Sacramento, San Jose, and various parts of Mexico.

These online archives present a unique way to learn about the early history of Latinos in the United States, understand the role of theater as a collective voice to speak out against injustice and as a stage to educate all audiences to the treasured cultures and traditions of a people who were in this country long before it became the United States.