Latina Lista: News from the Latinx perspective > Culture > Books > Video: Latina writer taps into her Cuban heritage to create a ‘novel’ twist about the fate of Fidel Castro and Cuba

Video: Latina writer taps into her Cuban heritage to create a ‘novel’ twist about the fate of Fidel Castro and Cuba 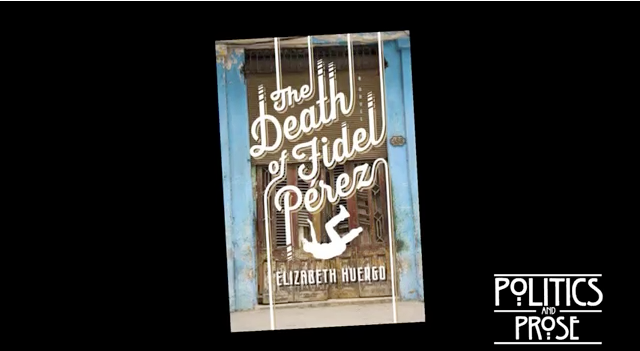 LatinaLista — For Cuban exile Elizabeth Huergo, and other political refugees from the Communist island, Fidel Castro is a person who single-handedly changed their lives and their destinies. So, those of them who daydream of what happens to their homeland when Castro dies can be forgiven for wishing that the inevitable comes sooner rather than later.

Yet, Huergo, who fled Cuba as a child with her parents and grew up to be a successful poet and story writer, didn’t just daydream about what happens in Cuba the day Fidel dies — she wrote about it.

In her first novel, The Death of Fidel Pérez, Huergo puts an interesting twist on a plot centered on the death of Fidel Castro.

On July 26, 2003, the 50th anniversary of the Moncada Army Barracks raid that sparked the Cuban revolution, something unexpected happens. When Fidel Pérez and his brother accidentally tumble to their deaths from their Havana balcony, the neighbors’ outcry, “Fidel has fallen!” is misinterpreted by those who hear it. That wishful mistake quickly ripples outward on the running cries of the people, and it gloriously reawakens a suppressed city.

Three Habaneros in particular are affected by the news: an elderly street visionary named Saturnina, the remorseful Professor Pedro Valle, and his impressionable firebrand of a student, Camilo. All three are haunted by the past and now, once again, are made to confront a new future, perhaps another revolution.

In the featured video, Huergo reads from her novel at an event at the Politics & Prose bookstore in Washington DC. where she shares with the audience her motivation for writing the story and how she was inspired to develop her characters. She even reveals how she overcame writer’s block to finish a story that is garnering rave reviews for a novice novelist.