Latina Lista: News from the Latinx perspective > Causes > Social Justice > What one young Latino poet has to say about teens in solitary confinement 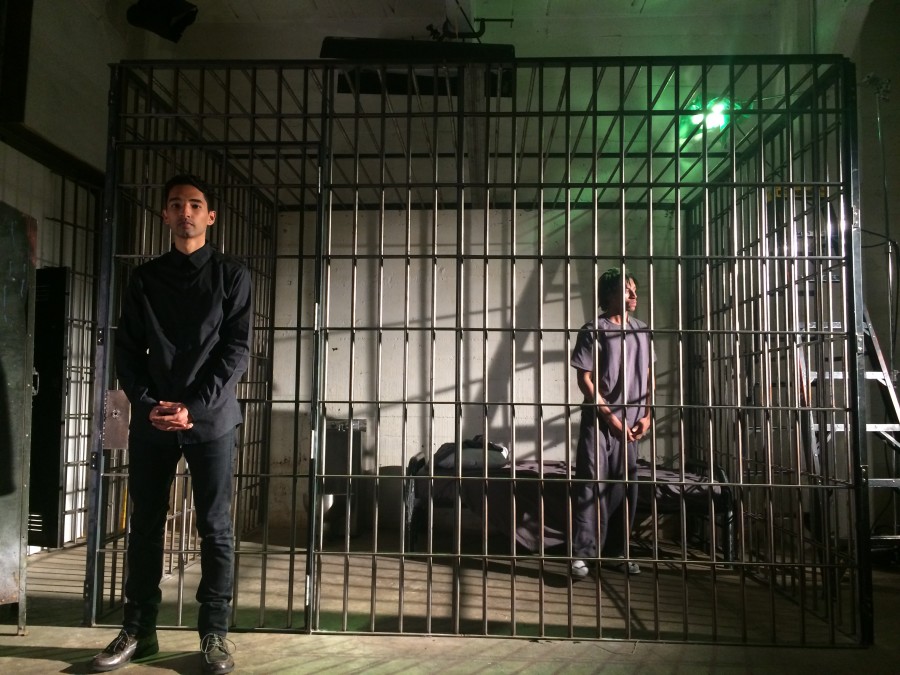 (Editor’s Note: This story was produced and was originally published by Reveal from The Center for Investigative Reporting.)

Last year, reporters Trey Bundy and Daffodil Altan provided a window inside a space rarely seen by the public: solitary confinement cells that hold incarcerated teenagers for days – sometimes months – at a time. Accompanied by an animated short telling one young man’s account of more than 300 days in solitary confinement, the investigation detailed the mental and physical toll that isolation can take on young people.

In the year since the stories broke, jails and prisons have changed their practices. But across the U.S., an untold number of young people still are held in solitary confinement every day.

A few months ago, the Off/Page Project, a collaboration between Youth Speaks and The Center for Investigative Reporting, commissioned poet Gabriel Cortez to write a poem inspired by Bundy and Altan’s reporting. Cortez scoured over the facts and stories from the investigation and crafted his own poetic response based on what he’d learned.

The result is “Locked [In],” a piece depicting the disturbing reality that many youth face in solitary confinement. Cortez’s words were brought to life by Director Jamie DeWolf in the above video, the fourth short film from the Off/Page Project, including: “Broken City Poets,” “Whispers From the Field” and “This Is Home.”

We caught up with Cortez to discuss his writing process, finding the right angle for the poem, and his desire for change. Read our Q&A with Cortez below, followed by the full text from “Locked [In].” Responses are edited for length and clarity.

How was writing a poem based on an investigation different than writing any of your other pieces?

This poem took me a very, very long time to write. Shout out to José Vadi and Natasha Huey who had to deal with all 15-plus of my drafts over the last half-year. Although I have family and friends that have been locked up, I had to do a lot of research before I felt comfortable making a statement on youth solitary confinement. Most of my writing draws on personal experiences so it was an interesting challenge trying to write a piece on such an urgent issue that’s outside my immediate lived experiences. The investigation helped bridge that gap. While writing, I constantly came back to it, scrolling up and down the page, rewatching videos, and following hyperlinks to find another line of poetry or point of entry into the piece. Ismael “Izzy” Nazario’s story rattled around in my head until I eventually figured out what to do with it and quotes became writing prompts. The most important thing for me was doing his story, and the stories of other victims of solitary confinement.

How have people responded to this poem so far?

I have performed it live a few times now and so far, the response has been positive. That, for me, is one of the most important tests for how well I succeeded in this project. I trust the audience to hold me accountable. I am thankful for every conversation that has followed, especially from folks that have experienced solitary directly. One conversation that meant a lot to me came from a friend, who opened up about their personal experience with youth solitary confinement. I believe this is one of the most important possibilities of spoken word poetry: It can make space and allow us to talk about things that before seemed unspeakable.

How and why did you decide to tell the story as a narrator?

I chose to speak as a narrator for a few reasons. First, it allowed me to include multiple characters in a way that (hopefully) helped give a sense of the scale and prevalence of the issue. One part of the investigation that resonated with me is that we do not know how many youth are currently locked in solitary confinement. So it was important for me that listeners not fixate on just one story or really even me as a speaker. Which leads to my next reason, which is that because it wasn’t my firsthand experience, I did not feel like I could do the issue justice speaking from a first-person perspective. Often, spoken word poetry audiences assume when the author says, “I,” they are referring to themselves unless there is an obvious dissonance between the appearance of the speaker and the content of their poem. I did not want the audience to be confused in that way. Finally, I liked how the investigation was written from an objective third-person perspective and how it allowed the journalists to weave a clean, accessible line through the many different aspects of the issue. It was important to me to be able to present the issue of youth solitary confinement in conversation with torture abroad and historically without me as a character getting in the way.

What do you hope will happen as a result of this poem?

I hope the poem opens up a critical conversation about youth solitary confinement with communities that haven’t yet joined the conversation. I hope listeners are moved to act towards prison reform. I hope that victims of solitary are inspired to share their story and ultimately that they receive the support they deserve. In the poem I say that I want each solitary confinement cell to swing open and that solitary is torture. I believe it should be treated as such in the sense that the use of solitary confinement in both our criminal justice systems and our military, domestically and abroad, must end.

There is a boy
Who is locked in a box
For 23 hours a day
And for 178 days he is completely by himself
in a room so small when he stretches his arms
he can almost touch both walls at the same time.
In a room so small
it feels like the walls are closing in on him
mostly because they are
mostly because he is still growing,
he is only 16 years old
and already corroding between maximum security walls
cuffed wrists and cracking voice,
prisoner identification number and learner’s permit,
locked in a solitary confinement cell the size of a small parking spot
but feels like the trunk of a car
Crushed beneath hundreds of hours of forced isolation
Desperately searching for human contact
Only to collide with the sterile walls of his shrinking cell.

And he isn’t alone.
Across the city in a juvenile detention center
A young girl is trapped in a box
For 23 hours a day.
While most of her girlfriends worry about
locking parents out of diaries and bedrooms,
cell phones and instagram accounts
she is locked in
to a 6 x 8 foot cell
Smothered between walls barely wide enough for her to breathe
She’s been holding her breath
For 254 consecutive days now
And it’s beginning to get to her head
When she’s awake, black spotted hallucinations haunt her vision like mascara clumped thick
in the corners of her eyes
and when they’re closed
she drowns in the muffled screams of other suffocating youth
pounding on her walls
begging for someone to listen.

Will it be any surprise when she finally starts screaming back,
when he finally cracks
his skull like a sledge hammer
against the concrete walls of his cell.
When she slits wrist to resist solitary existence
Carving trap doors, underground tunnels
Fire escapes through skin and cell walls
Smeared in their own blood.

Corrections officers will call this attempted suicide.
I call it survival, a last desperate attempt to escape their shrinking cell.
Every day, teens across America sacrifice their bodies to avoid the violence
of forced isolation.
Somewhere in this country a young boy chews his wrist to the bone.
A young woman forces a battery inside herself
A teen knots a makeshift noose around their neck
And ties it to whatever will hoist them from this whole
Self-harming for the promise of human touch
Even if only through coroner’s gloves.

Suicide is more common in solitary than any other part of prison
and we still do it
Send our children to the box for talking back, for horsing around
Many aren’t even convicted of a crime in the first place
Guilty, of simply not being able to afford bail
This isn’t discipline, this is human experimentation
And we already know the results
How many isolated youth will emerge missing pieces of themselves
How many will return to jail like a child to an abusive parent
And how many youth will make caskets out of their solitary confinement cells?

A boy and a girl
Are locked in a box
They are only 16 years old and still growing
But what room is there for growth in a cell with barely enough room to stand
What room is there for therapy and rehabilitation when trauma
Is promised 23 hours a day
Solitary isn’t punishment, it’s torture
Drawn and quartered with no horses
Waterboarding whole bodies buried beneath brick and mortar
Extraordinary rendition
Every isolation cell a black site on American soil
Every isolation cell an iron maiden closing around hundreds of youth each year

May each youth’s solitary confinement cells swing open
So we can treat the youth inside
And one day free the youth inside
Inside,
A boy and a girl are slowly falling apart
with our hands on the doors
all they can do is wait.