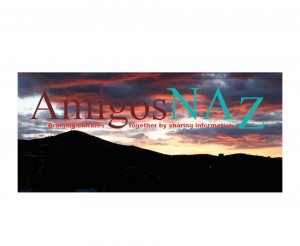 A cultural battle is being waged on the streets of America and those fighting it must at times feel like the Mexican patriots on May 5, 1862 — shivering during a cold morning in their white peasant shirts and pantalones, straw sombreros and huarache Mexican sandals, carrying rusty and antiquated muskets as they await the well-trained and well-equipped French army near the town of Puebla.

It’s easy to imagine they said to themselves: “Muchachos, the odds don’t look good, but we will give those fancy French a good fight — and who knows?”

That ragtag Mexican army of 4,000 won the battle that day 151 years ago over the 8,000-strong French army, who served a nation that had invaded Mexico in 1861 on the pretense of collecting past debt, but may have really been seeking to directly supply the U.S. Confederacy in its war against the Union.

The battle today is over the meaning of Cinco de Mayo, how it engenders cultural pride on the south side of the border, while unleashing America’s marketing might in El Norte.

In this edition you will learn about individuals and organizations waging the good cultural fight, not only to celebrate a day, but an entire month of cultural activities.

An advertisement in a couple of Southwestern newspapers says it all:

“Cinco DE DRINKO! — Whisky Rodeo — Party till you ARF!” complete with a collage image of a Chihuahua wearing a sombrero and serape, while sitting in a margarita glass.

I kid you not…

David Hayes-Bautista is one of the foot solders in the cultural battle against American media exploitation of the Mexican holiday — El Día de la Batalla de Puebla (The Day of the Battle of Puebla), a holiday he said was created and first celebrated by Latinos in the gold fields of California who shot their rifles in the air in 1862 when they learned of the Mexican victory.

It gained renewed relevance during…