Latina Lista: News from the Latinx perspective > Columns & Features > Global Views > Going Global on a Shoestring and a Smartphone

Going Global on a Shoestring and a Smartphone

In the past year, the ability of digital media to promote social change has been amply proven by the Arab Spring, WikiLeaks, and the Occupy movement. We saw this start a few years ago in Iran, but in the last 12-14 months there has been an even more robust and growing digital movement to promote economic and political change.

Live feeds from protests in Cairo and on Wall Street created an immediacy that has become a significant component in producing world news and influencing opinion. Camera phones and Facebook pages revealed shocking and instantly iconic images; the brutal death by mob of Muammar Gaddafi, the nude posting of Aliaa Magda Elmahdy as an act of free expression and sexual equality, the pepper-spraying of protesters at The University of California at Davis. Someone was even unknowingly tweeting about the Osama bin Laden raid as it happened. We saw minute-by-minute developments, raw and unedited, sometimes without confirmation of authenticity. 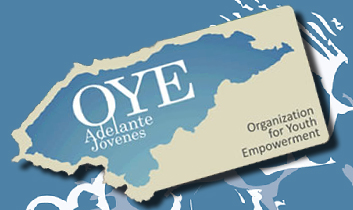 This is the way of modern news distribution; where a friend’s twitter post is just as likely a news source as is a CNN broadcast.

What made these stories compelling was that it was a series of rapidly changing developments, instantly shared with the world. But what about social inequality in places where events move slower, or barely move at all?

Instead of a movement that throws gasoline on the fire, there’s a slow smolder instead. If they have no oil to export…say maybe just bananas and sugar cane…will their plight still get a global audience on twitter and The Huffington Post?

Most of the recent protest movements were in metropolitan centers with access to technology (albeit, sometimes censored). Can social media still influence the global perceptions that bring about socio-economic change in poor rural areas with bad Internet connections?

Well, we’re going to find out. In the next few months, a group of us are going to attempt to raise the global visibility of a small, yet incredibly effective NGO in El Progreso, Honduras: The Organization for Youth Empowerment.

I visited OYE about five years ago to shoot a segment for a foundation that supports young social entrepreneurs all over the world. I was so impressed by how much they accomplish with so little resources that I’ve always wanted to go back and produce a more extensive pro bono media project to promote their tireless work.

To that end, we are going to develop an international social media campaign for OYE, and in the process examine and analyze the methods that we find most effective (and those not so effective) in producing more visibility and support for small grass-roots NGOs.

The big humanitarian non-profit organizations might have hundreds of thousands of dollars to brand their cause, but can an organization with a total operating budget in the tens of thousands have a voice, too?

Recent digital events indicate that maybe they can. A single video post of Neda Agha-Soltan dying in Tehran has more global impact than an entire staff of distinguished, well-paid journalists working at the BBC.

Social Change on a Budget with Social Media

We are going to undertake this initiative with virtually no budget as a test case to determine how much of an organizational web presence can be produced on a shoestring.

We’ll employ as many new social media techniques that we find available, and make the whole process transparent as a sort of open-source social media strategy for small local NGOs.

One challenge that we will face in some rural areas of Honduras is the sparse technology infrastructure. Despite this, many of the kids in the OYE programs have access to the Web, maintain their own social media accounts, and will now have their live feeds linked to our site for global distribution. Much of the content will be posted via mobile apps on an iPhone. We’re using a WordPress blog (the free kind) as a central content management system to chronicle the project.

What You Can Do to Help

Moreover, we’d like to do this with all of the experts out there. If you have any thoughts about this initiative, please contact us. Any contributions of expertise will be acknowledged on our site. Here’s a chance to do something to promote social change, and it won’t cost you any money or take you out of your living room. We’d like to make this a project with global community participation.

We hope that you will subscribe to our blog and follow the progress of this project. If you are involved in social media, online branding, or other digital strategies, we think that you’ll find this process insightful. Please recommend our site to anyone that you think might find it interesting. When you hit the “share” button you may become part of something that changes the way we conduct a dialog with the developing world.

Here’s the link: http://oyehonduras.wordpress.com/. We hope you will join us.