Editor’s note: Ted Cruz, a Texas Tea Party favorite, beat his opponent this week, a staunch Republican politician and current TX Lt. Gov. David Dewhurst. In his acceptance speech, Cruz made a statement that stirred his Tea Party supporters into a frenzy but had one Texan worried enough that he felt he needed to set the record straight. 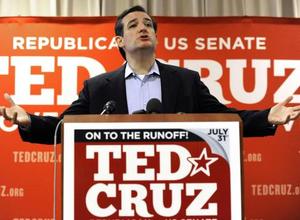 The reason I write to you is that I am concerned about a quote attributed to you after your victory against Lt. Governor Dewhurst: “Millions of Texans, millions of Americans are rising up to reclaim our country, to defend liberty and to restore the Constitution.”

Sir, let me remind you and your Tea Party supporters that the Constitution you refer to, in its original state and intent, leaves out millions of Texans and U.S. citizens. The reason is that when freedom documents, such as the Declaration of Independence, the U.S. Constitution, and the famous Bill of Rights were signed by the U.S. founding fathers in 1776, they did not apply to minority groups. In short, they were written by founding fathers who were White, Anglo Saxon Protestant men and they wrote them for White, Anglo Saxon Protestant men.

Sir, it may surprise you, but “states rights” has been the tool of choice of racists in our country’s history. It was that horrible system of Jim Crow apartheid that minorities (and supportive Democratic Party leaders) bravely confronted and defeated to win Amendments, Acts, and Statutes. Those precious victories ensured that minorities received human rights and privileges automatically guaranteed for whites.

Specifically, in 1954, the U.S. Supreme Court (Class Apart Decision) directed the State of Texas to end their official discrimination against its citizens of Mexican-descent who occupied the status as second-class citizens, an injustice that had existed since 1848. FYI, the discrimination continues. For an eye-opening experience, sir, may I suggest you visit South Texas whose residents are mostly of Mexican-descent, many who are descendants of the original Spanish Mexican pioneers who settled the area in the 1700s. As you do so, please note the stark, state-sanctioned economic disparity between the regions North and South of U.S. Highway 59 (Rio Grande Valley). Since you are a Cuban-descent Hispanic, I doubt that you are familiar with or are sympathetic with the long history of and issues that affect Mexican-descent citizens, by far the largest group of Hispanics in the U.S.

The 1964 Civil Rights Act and the 1965 Voting Rights Act were approved due to Black community pressure and the key support of liberty-minded white leaders who could no longer be part of existing bigotry. For minorities, these “corrections” to the trajectory of the U.S. Constitution paved a level playing field framework that their children now utilize to achieve the well-known American dream.

Sir, in your quest to “take back” the country and “restore” the Constitution, please understand that the 1954 Class Apart Decision, the 1964 Civil Rights Act, and the 1965 Voting Rights are sacred to Black and Mexican-descent U.S. citizens. Leave them alone! In other words, Don’t Tread on Us!