Latina Lista: News from the Latinx perspective > General > Guest Voz: Rebuttal to Pew Hispanic survey — “Are Hispanics better off today than four years ago? NO!”

Guest Voz: Rebuttal to Pew Hispanic survey — “Are Hispanics better off today than four years ago? NO!”

Latina Lista — The recently released Pew Hispanic survey regarding Latino voters’ feelings about the upcoming 2012 election hit a nerve with some readers. 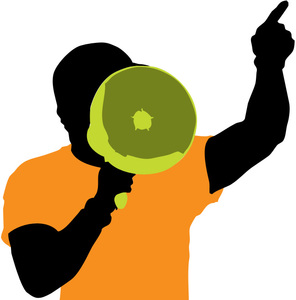 One reader, Raoul Lowery Contreras, was motivated to submit an opinion column to Latina Lista regarding his perspective on how he feels Latinos have been treated by the Obama administration. In an email to Latina Lista, Contreras writes: “Pew studies on ‘voter approval’ of President Obama fall short of legitimacy no matter how respectable they try to be in influencing the information class with surveys. The surveys are faulty. Are Hispanics better off today than four years ago? NO!

“And no amount of Pew sugar-coating can change that fact. They are fundamentally incompetent on conducting surveys about the election when (a) they ask adults, (b) ask registered voter, and (C) ignore respondents who are likely voters only. I challenge Pew and any other polling organization to have 1000 likely Hispanic voters read this piece and still say they are voting for Obama.”

In the following Guest Voz piece, Contreras lays out his personal observations, frustrations and criticisms.

This year, the Year of Our Lord 2011 has thankfully ended. It has been a terrible year for the 50-million Hispanics of Hispanic America.

The year ends with the son of a Mexican citizen fighting for the Republican nomination for the Presidency. Despite his father being born in Mexico, we see Mitt Romney straying into the immigration stupidity that befogs the current Republican Primary. He was a courageous Republican in favor of Comprehensive Immigration Reform just five years ago,

The only sane Republican on the question of immigration reform is Newt Gingrich. Unfortunately his chances of defeating Barack Obama are less than that of Mitt Romney. Of the also-rans that are cluttering space on upcoming ballots the worst is out-and-out-racist Texan Ron Paul. As a congressman, he has introduced hundreds of bills only four of which made it out of committees and only one signed into law by a President.

Although the mass media has long ignored Ron Paul, surprised editors and reporters are discovering what intelligent and savvy observers have known for years; Ron Paul is a 100-percent bigot who hates Jews, Mexicans, Gay men and Blacks; he has yet to be heard on Asians.

There is a long and plentiful paper trail with his name all over it that belittles, casts scorn on people he hates and displays quintessential Angry White Male offal that is designed to insult and demean 100- million Americans that have Spanish surnames, or trace their bloodlines to Africa and the Middle East or Eastern Europe or prefer people of the same sex.

A turn to the political center by Romney or Gingrich’s nomination will benefit Hispanics as will a huge defeat of Paul for the GOP’s nomination. Right now, that is one effort we must all work toward – thrash the bigot, humiliate him and his followers.

On the other hand, from the Hispanic point-of-view we have the worst performing President since Warren Harding and Hebert Hoover and their political progeny, Jimmy Carter. Barack Obama!

We can’t forget that the “most revered” modern President – William Jefferson Clinton – brought many Jimmy Carter appointees back into government and their only contribution to Hispanics was to develop “Operation Gatekeeper” which has killed over 5000 Mexicans in the San Diego Mountains and desert and in the Arizona desert.

At least Harding’s and Hoover’s illegal immigration sweeps of Los Angeles streets didn’t kill anyone, they just packed cattle cars with Mexicans and American citizens who looked Mexican and took them to the San Diego/Tijuana border and pushed them into Mexico with clubs and whips.

Mexicans are still dying. Additionally, hundreds of thousands of Hispanics have been deported by the Obama Administration this year, a record they brag about, even as they proclaim that only real criminals are being deported – sure, for traffic tickets among other “major crimes.”

Barack Obama promised in 2007 that he would fix immigration in his first year (2009) in office. Three years later, almost to the day, Obama hasn’t moved Immigration Reform forward a single inch. He hasn’t even tried.

Five Democrat Senators killed the federal Dream Act that would have legalized many brought here when they were 16 years of age or younger, if they graduated from high school, entered college or joined the military. Obama did nothing to help pass the bill. His own party killed the bill and he did nothing to punish the five Democrats who killed it.

So, no Dream Act, no Comprehensive Immigration Reform and millions of Hispanics and other Americans are unemployed.

How about unemployment? When George W. Bush was President, Hispanic unemployment peaked at a monstrous 6%. Hispanics were setting records in college enrollment, personal income, business formations and Hispanic poverty was lessening significantly.
Three years into Obama’s Presidency, we end the year with Hispanic unemployment at 11.3 percent, less personal income, fewer Hispanic business formations and rising poverty – a 17 percent increase in poverty since Obama was sworn in, in 2009.

We end the year, then, with a racist idiot running second or third for the Republican Presidential nomination and an incompetent President in the White House who is flopping around like a fish out of water begging to be beaten in November by the son of a Mexican citizen or a former Congressman with an intelligent reform of the disgrace called Obama’s immigration policy.

The non-existent Obama immigration policy currently being enforced is deporting people with traffic tickets and leaving dead bodies on the ground in the mountains and desert.

Has anyone mentioned that this Obama government was allowing Mexican criminal syndicates to buy firearms in Arizona and to ship them across the border resulting in more dead bodies, American and Mexican bodies?

Hispanics, are you better off today than four years ago?

Raoul Lowery Contreras is a San Diego-based political newspaper columnist and talk show host. He was born in Mexico City, raised in San Diego, studied Political science at San Diego State University. He served in the United States Marine Corps, served as a Republican Party official and worked in the United States and Mexico in Banking and Tourism and has been writing professionally since 1988. He has ten books available at Amazon.com.