The achievement gap between Latino and white eighth-graders in science is narrowing, according to National Assessment of Educational Progress (NAEP) data released on Thursday. 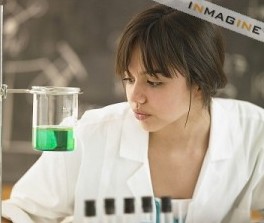 A proficient score is a 170 out of a 300-point scale. Hispanic students’ scores grew to 137, compared with an average 163 for white students and 129 for black students. The average score for English language learners was 106. While the improvement is a bright spot, American students still struggle with science. Only about 32 percent of students scored “proficient” or higher on exams.

The interim head of the National Science Teachers Association, Gerry Wheeler, called the gains “miniscule,” the Associated Press reported. ”When you consider the importance of being scientifically literate in today’s global economy, these scores are simply unacceptable,” Wheeler said.

The exam, known as “the nation’s report card,” is based on a sample of 122,000 eighth-graders from across the country.

You can delve into state-level data here.