Latina Lista: News from the Latinx perspective > Life Issues > Money > Loss of homes by Latino homeowners signals an erosion of equality in the nation

LatinaLista — As June, otherwise known as National Homeownership Month, draws to an end so does the American Dream for many Americans, especially Latino and black home owners. RealtyTrac reports that banks took back 54,844 properties last month, up 7 percent from April. This is a discouraging sign in an economy where Latino homeowners have already lost 60 percent of their wealth since the onset of the housing collapse in 2008. 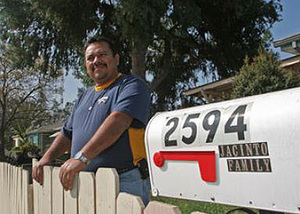 In a CHCI white paper written by 2011–12 CHCI Housing Graduate Fellow, Janel Gomez, the loss of home ownership for Latinos has translated into a sad reality — “more than one million Latino families have either lost or will soon lose their home.”

Gomez concurs with what was initially blamed as the widespread home loss among families of color — agreeing to sign the dotted line on risky lending practices by mortgage companies. Yet, it’s not the only thing to blame for devastating so many Latino families.

In 2005, Latinos derived nearly two-thirds of their net worth from home equity. However, because many Latinos live in places where housing prices increased the most prior to the housing crisis — and have fallen the most since — the housing bust had a greater impact on Latino household wealth than any other group. The steep decline in housing prices has many Latino homeowners underwater on their home mortgages. According to a Pew Hispanic Center survey, 28% of Latino homeowners say they owe more on their home than what they could sell it for — double the share (14%) of homeowners in the general population who say the same.

The disproportionate impact on Latino homeowners has resulted in Latinos being the largest group to have lost their homes, dropping homeownership from 51 percent to 47 percent. This disparity is also widening the gap between white homeowners and Latino homeowners.

Though there have been some encouraging predictions about Latinos and homeownership — Movoto.com reports that between now and 2020, Latinos will account for 50 percent of new buyers — unfortunately, it’s not helping distressed Latino homeowners now or the thousands of potential buyers who can’t qualify for today’s stringent home loans.

Clearly, more intervention programs need to be created to allow homeowners to stay in their homes and create home ownership opportunities. The loss of a home is now known to be so psychologically damaging to both the adults and the children that as long as families can pay something there’s no reason why banks can’t or shouldn’t work with these families.

Because of seeing homes as properties and not as dwellings for families, banks have been on the receiving end of the new movement Occupy Homes, a group that fights on behalf of foreclosed homeowners. But no amount of fighting is effective unless solutions are drafted and implemented to help people in danger of losing their homes and the American Dream of homeownership is preserved for those who want it and are willing to pay for it.

As it is, over fifty percent of housing experts believe that in five years the U.S. homeownership will be at or below 65 percent, while one in five economists see the rate falling as low as 63 percent, the lowest on record since 1965.

Home ownership signifies much more than a family’s wealth, especially among Latino homeowners. A home is a sign of a family’s investment in their local community. It serves as the one constant and stabilizing foundation for families who inevitably experience change and growth over time. It serves as a sanctuary from the outside world and it’s the one place where people can enjoy being who they are without fear of criticism, ridicule or scrutiny.

Owning a home is also a major step in creating equality in a society where equality is eroding at the expense of the middle class/communities of color.

The time to do something about it is now — before too many resign themselves to the fallacy that home ownership is only for the wealthy and not for those who supply the wealth and are the engine that keeps the economy moving.