Latina Lista: News from the Latinx perspective > General > If states were really worried about undocumented voters, they would take the one step that wouldn’t disenfranchise anyone

If states were really worried about undocumented voters, they would take the one step that wouldn’t disenfranchise anyone

LatinaLista — The alarm sounded when state politicians first began passing legislation known as Voter ID laws. These laws, compared to the discriminatory Jim Crow laws of the Civil Rights era, require voters to bring a picture ID to prove they are citizens and are entitled to vote. The goal of these laws being to “root” out undocumented immigrants who were unscrupulous enough to dare to register to vote and give authorities their address in the process — right. 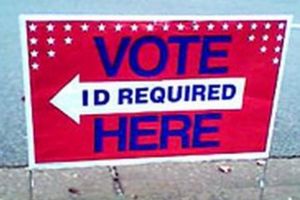 The Associated Press found that:

The numbers suggest that the legitimate votes rejected by the laws are far more numerous than are the cases of fraud that advocates of the rules say they are trying to prevent. Thousands more votes could be in jeopardy for this November, when more states with larger populations are looking to have similar rules in place.

Most think that there’s nothing wrong with requiring people to show their photo ID when voting. Yet, when not everyone has a photo ID, or whatever other form of identification needed to prove voter worthiness, it becomes a big problem.

These voters aren’t just denied their Constitutional right to cast a vote for the nominee of their choice but they are denied a voice in the electoral process. In this way, it very much mirrors the days when white men felt people of color and women weren’t smart enough to vote.

These days, the fear is that voters of color, women, the elderly and the poor will vote for the “wrong” candidate as deemed by the party majority in any given state or district.

If there really is a fear that non-citizens will take advantage of the electoral process and cast votes they’re not entitled to cast then every state that passes a Voter ID law should also take the responsibility to provide every voter in their state with a special free photo ID to be used for state business like voting.

After all, the burden of proving they are eligible to vote doesn’t rest with the voter, it rests with the state to prove they aren’t.