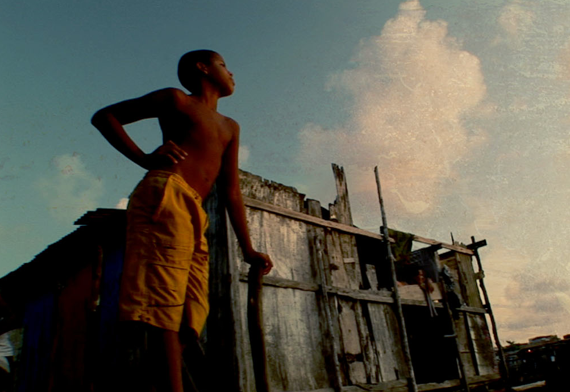 LatinaLista — Before Mother Nature decided to start reclaiming her territory on the planet — some call it climate change weather events — individual governments were seeing the damage of overpopulation on their fragile ecosystems and were developing a conscience, of sorts.

In Bahia, Brazil, such a federal awakening occurred. The government finally noticed that a local ocean bay was filling up with sewage from the thousands of poor families who lived in makeshift shacks built on stilts in the bay.

Their homes, called palafitas, were as fragile as the threatened ecosystem pulsating under their floorboards. In order to clean up the bay, the government needed to relocate the families and dismantle the water slums. Promises were made to build new homes for the families — promises, not set in stone, that eventually spurred the women of the water slums to fight for their and their children’s futures.

Filmed over 6 years, BAY OF ALL SAINTS is a lyrical portrait of three single-mothers living in the water slums during this crisis.

Their individual stories of poverty unfold through visits from Norato, their big-hearted refrigerator repairman, born and raised in the palafitas. He bears witness, as each family is promised a new home in governmental housing, without knowing when, or if this promise will ever be kept.