Latina Lista: News from the Latinx perspective > Media > Videos > Intrn’l Video: A Mexican Chocolatier on a mission to elevate Mexico’s chocolate in the world

Intrn’l Video: A Mexican Chocolatier on a mission to elevate Mexico’s chocolate in the world 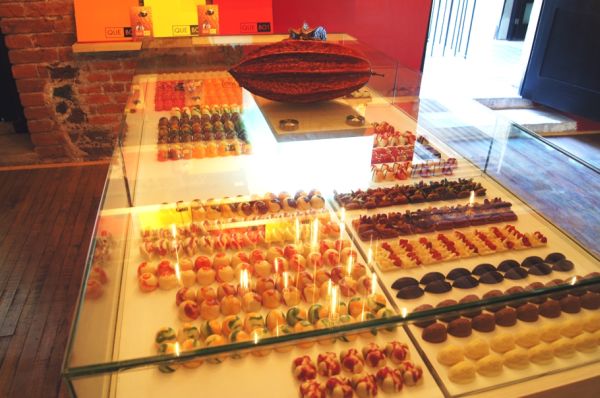 LatinaLista — José Ramón Castillo is a chocolatier but not of just any chocolate. Mexican-born and bred, Castillo is the owner of Que Bo!, a Mexican chocolate shop that is ushering in a revolution in how chocolate is made and enjoyed.

He uses only natural juices of native fruits, water or alcohol to flavor his chocolate that he gets from the regions of Chiapas and Tabasco. Since his ingredients are natural, Castillo claims to create “good chocolate” versus the kind of chocolate that is fattening and makes people lethargic.

Castillo is the spokesperson for the Evolution of Mexican Chocolate. In September 2012, Castillo became the first Mexican chef to be selected for the highly prestigious international chocolate guide, “Club des Croqueurs de Chocolat!” based in Paris, France.

Yet, Castillo finds that the cacao industry in Mexico is in a crisis and faces the threat of extinction due to disease killing the cacao pods, indifference from the Mexican government and a lack of organization among the cacao growers.

He is in a fight to bring attention to save the cacao industry in Mexico.