Latina Lista: News from the Latinx perspective > General > Intrn’l Video: A place where the Amazon meets the Andes in a region preserved by time but threatened by Big Oil

Intrn’l Video: A place where the Amazon meets the Andes in a region preserved by time but threatened by Big Oil 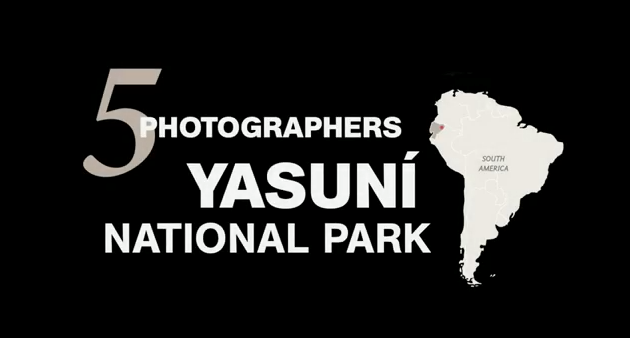 LatinaLista — There’s a place where the Amazon basin, the Andes Mountains and the equator intersect. To some, it’s a Garden of Eden of extraordinary plant and animal diversity that harbors undiscovered species, a nature’s pharmacy of natural medicine and home to indigenous tribes who have never met modern man. To others, it’s a treasure chest of deep underground oil reserves to be exploited, along with, the natives who call the area home.

The place is Ecuador’s Yasuni Biosphere Reserve and its 6,500 square miles of territory are caught in the middle of a dispute between those who would preserve the area in its natural state against those who want to bring in big machinery, hundreds of workers and pollute the region with an operation that will disrupt and endanger the nature that exists there.

On top of that, a tribe that just made contact with the outside a few years ago is getting a hard lesson on what “civilization” means in this 21st Century. The Waorani people are having to defend their home in a battle that won’t be won by the strongest but by those skilled in speaking before a judge.

Meanwhile, environmentalists and scientists are trying to document as many of the plant and animal species that live in the preserve as they can before the Ecuadorian government succumbs to pressure to allow drilling there.

In the featured video produced by National Geographic, a team of five photographers, each with a different specialty, were dispatched into the heart of the Amazon to document the delicate balance of life in Yasuní and how it is being impacted by the demand for oil.