Latina Lista: News from the Latinx perspective > Media > Videos > Intrn’l Video: New film shows Mexico still has much to be proud of and share with the world

Intrn’l Video: New film shows Mexico still has much to be proud of and share with the world 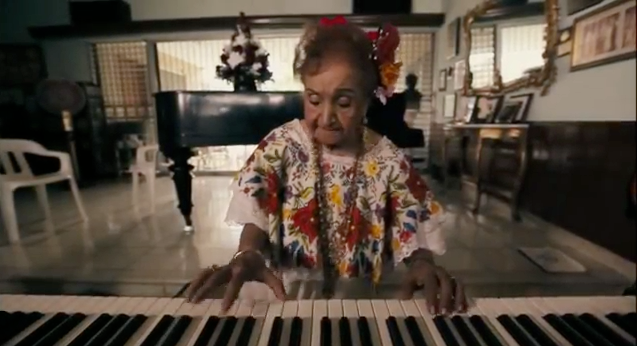 LatinaLista — With all the violence and international bad press Mexico has garnered in the last few years because of the ongoing cartel feuds, it makes sense that people’s spirits need to be lifted and a sense of national orgullo (pride) re-ignited.

At least, that’s the impression most people will get from seeing a beautifully made film celebrating Mexico’s identity and culture through its music. Hecho en Mexico is meant to be seen on the big screen and was released only in theaters in September. On November 30, US theater-goers are promised the chance to experience a film that, while featuring beautiful visuals — from well-known Mexican landmarks and familiar geographic locations — to iconic Mexican musical artists and actors, like Diego Luna, Lila Downs, Café Tacuba, Alejandro Fernandez, etc., the film’s underlying motive — being a PR vehicle for a country under siege — can’t be masked.

And that’s OK, because the film delivers in what every cinematic work hopes to achieve — serve as an escape for its viewers.

In this film, whether it’s the music or the geography, viewers can’t help but be transported into a dimension where music makes people happy and unites them in a positive way, and brutal violence doesn’t exist.