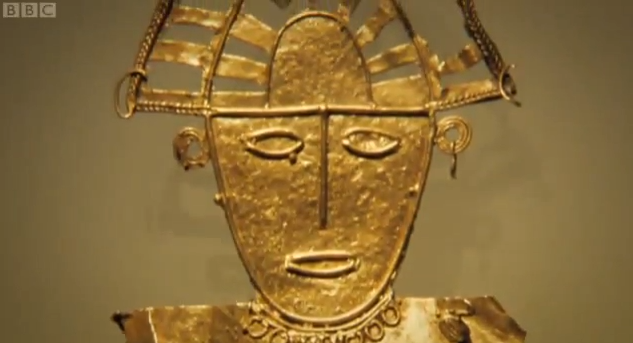 LatinaLista — His name is Jago Cooper but to viewers of the BBC he’s a modern-day Indiana Jones. Dr. Cooper hosts the BBC series Lost Kingdoms of South America.

An English archaeologist specialising in South America and the Caribbean, Cooper is curator of the Americas at the British Museum in London, England. In his off-time, he paddles down the Amazon, hikes through the overgrown jungles and guides viewers through a history of South America that has either been embellished, forgotten or only half told.

In the featured full episode video titled “Lands of Gold,” viewers tag along with Dr. Cooper as he treks through the mountains and jungles of Colombia in search of El Dorado.

El Dorado is the name of a Muisca tribal chief who covered himself with gold dust and, as an initiation rite, dove into the Guatavita Lake, near present-day Bogotá Colombia. Later, it became the name of a legendary “Lost City of Gold”, that fascinated explorers since the days of the Spanish Conquistadors. No evidence for its existence has been found.

Imagined as a place, El Dorado became a kingdom, an empire, and a city of this legendary golden king. In pursuit of the legend, Francisco Orellana and Gonzalo Pizarro departed from Quito in 1541 in an expedition towards the Amazon Basin, as a result of which Orellana became the first person known to have navigated the Amazon River along substantially its entire length.

In his search for El Dorado, Dr. Cooper will dissect history to separate the fact from fantasy.